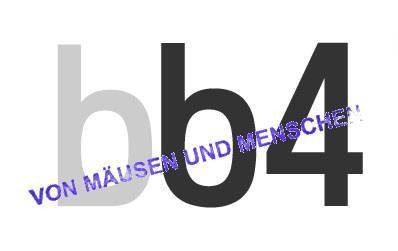 
The exhibition Of Mice and Men unravels as a novel, a story involving different characters and individualities, dissecting their private destinies and universal fears.

In order to capture and amplify these tensions, the curators of the 4th berlin biennial have selected an array of unusual venues and exhibition sites, all concentrated along one street, Auguststrasse in the Mitte district, in the heart of Berlin.

Choosing one street as both an example and an archetype, Of Mice and Men leads its viewers across a variety of environments and experiences, opening doors onto forgotten buildings and hidden sites, dispersing art in the spaces where we usually work, eat, pray and play. The artists in “Of Mice and Men” were asked to intervene or present their works in places that represent the every day that is our common ground: private apartments, offices, schools, galleries, trailers, and former factories.

For the show, the curators aspire to put together a story that follows different plotlines and open-ended narrative passages. Not a theme show nor an exhibition with a thesis, "Of Mice and Men" poses questions about birth and loss, death and surrender, grief and nostalgia.

Taking its title from a poem by 18th century Scottish writer Robert Burns – who also inspired John Steinbeck’s 1937 novel of the same name – Of Mice and Men stages a theater of the absurd, in which animals, humans and ghosts all play their tragic parts. But it is also a day in life of the inhabitants of a street and a stroll along the spaces that punctuate our existence.

The exhibition, Of Mice and Men will include more than 60 artists spanning four generations and working in a variety of media and techniques from etching to woodcut, animation to still photography, role-playing to team building. Unlike the prevailing biennial tendency to debut the latest talents and movements, this show draws connections across time and throughout the past and present, rather than just concentration on the fleeting trend or tastes. And the context within the heart of the city of Berlin brings with it the undeniable weight of countless histories and manifestations, triumphs and failures.

Berlin has a long tradition of co-opting and transforming existing buildings and structures into venues for temporary art shows. Every day in Berlin an artist turns his or her apartment into a gallery or opens an independent exhibition space. Learning from this experience, the curators recognize the specificity of Berlin’s art scene and the vast quantities of unoccupied space. That space is both a blessing and a curse: it offers up exciting and fresh venues for presenting art, however it also symbolizes the failures and consequences of the city’s powerful and persistent memory and history.