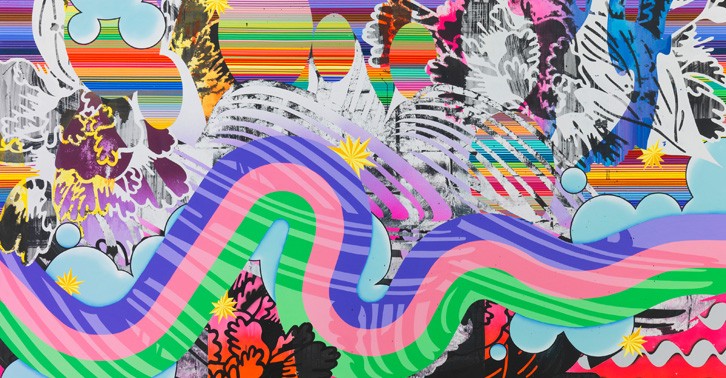 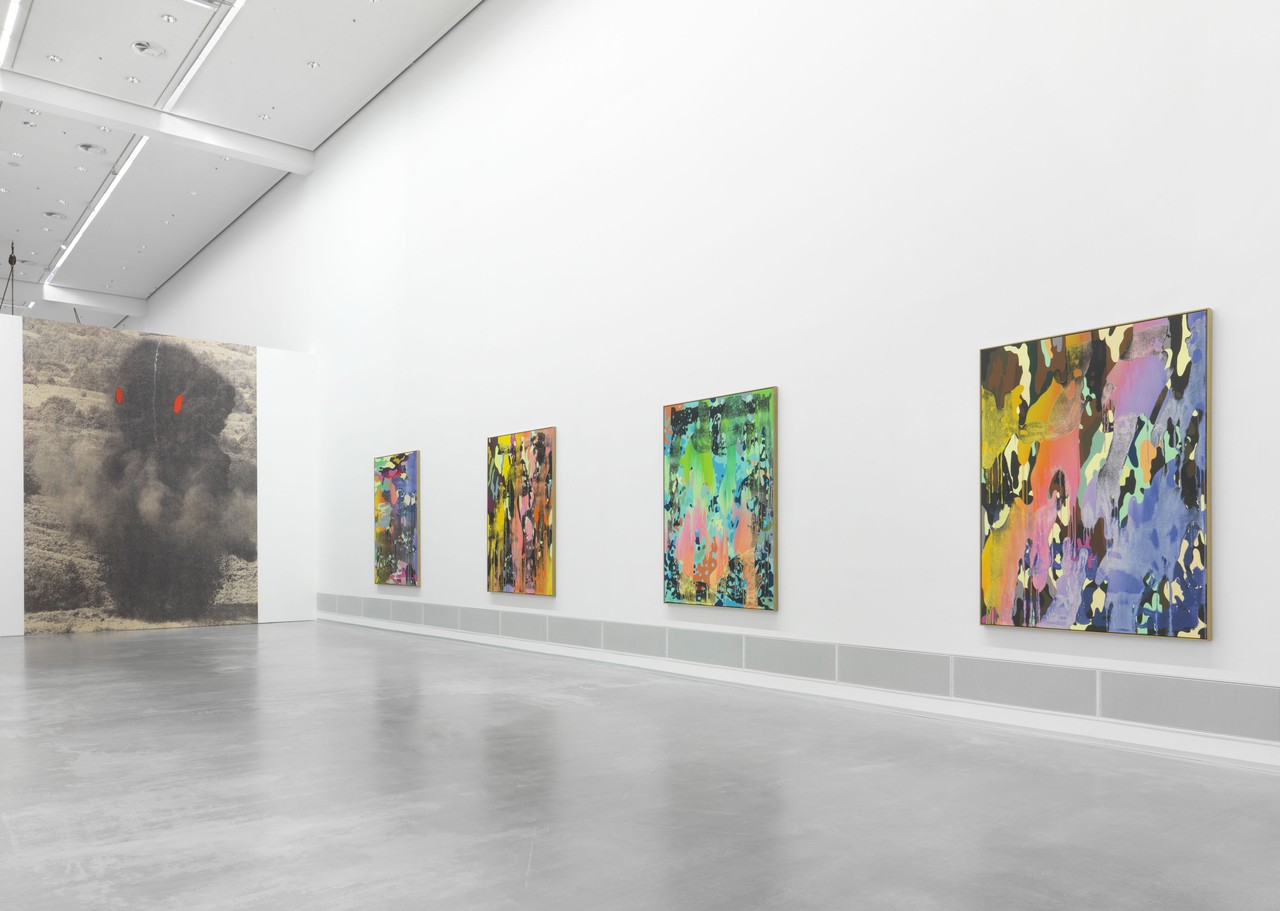 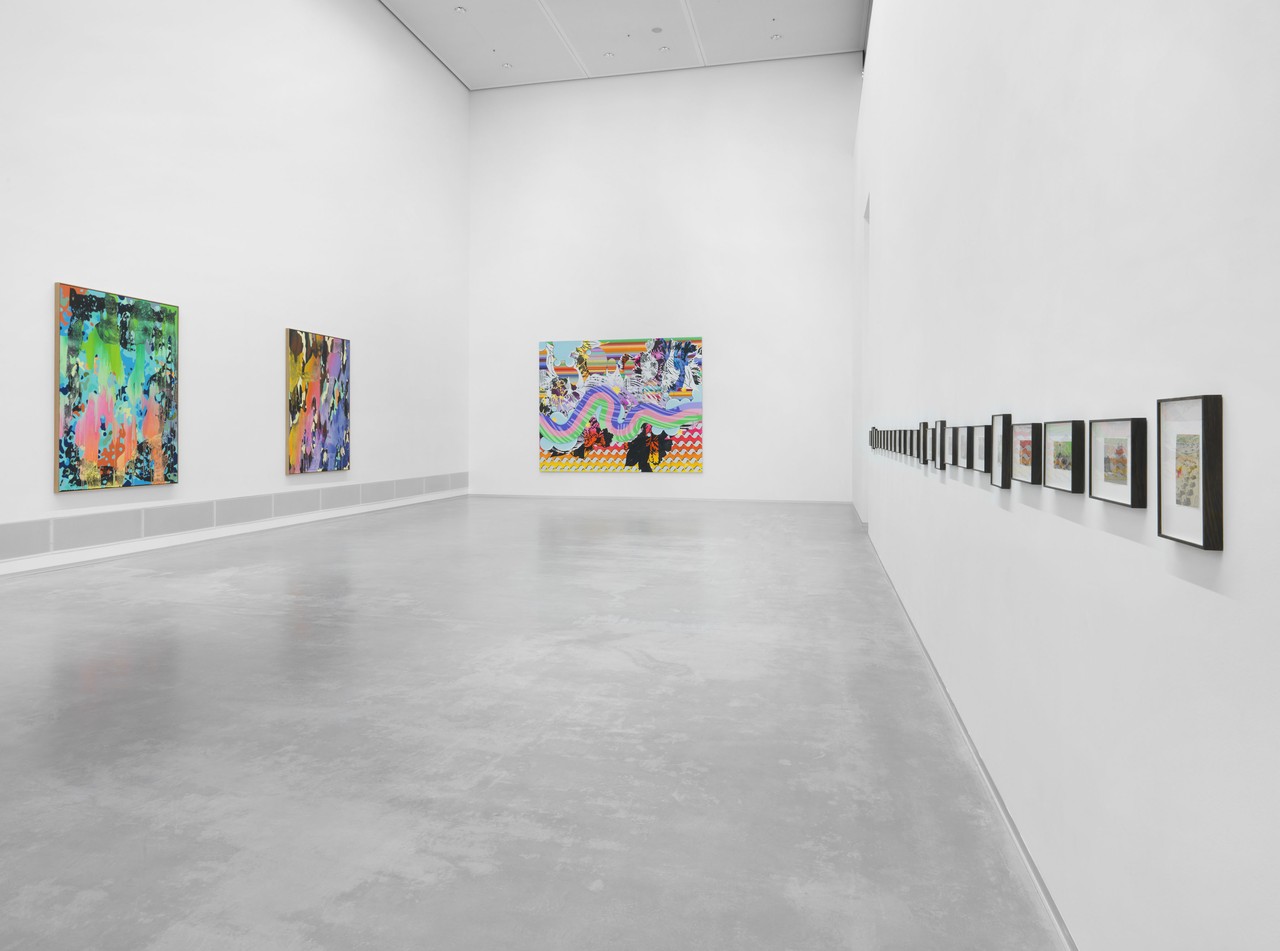 Christine Streuli received the Fred-Thieler-Prize for Painting in 2017. The award pays tribute to her calculated yet stridently overstated application of painterly techniques. For the presentation at the Berlinische Galerie she brings together works from her new series Warpaintings with previously unexhibited early collage.

The artist experiments with the radiant power of colours, patterns and marks. Fragments of gestural brushwork combine with expansive ornamental structures and quotations from the aesthetics of advertising or from Pop Art, resulting in new and surprising pictorial enactments. It is not unusual for her pieces to burst the classical bounds of composition, spilling out from the frame and spreading into the room.

In her exhibition, Christine Streuli shows works from her new series warpaintings. One central theme in this sequence begun in 2016 is an artistic response to military camouflage. These big canvases are joined for the presentation by early collage and overpainted photographs from the time she spent in New York and Cairo in 2002 and 2003. They are based on pictures from newspaper articles about US combat operations in Afghanistan and Iraq. Christine Streuli uses signal colours to manipulate them and re-interpret the content.
Born in Switzerland in 1975, the Berlin-based artist studied at the Hochschule für Gestaltung und Kunst in Zurich and with Bernd Koberling at the University of the Arts in Berlin. In 2007 she was included in the Swiss Pavilion at the Venice Biennale. In 2015 she returned to Berlin’s University of the Arts as a guest professor.
Jury members: Valérie Favre (artist), Katharina Grosse (artist), Udo Kittelmann (Director, Nationalgalerie Berlin), Thomas Köhler (Director, Berlinische Galerie) and Gerwald Rockenschaub (artist)