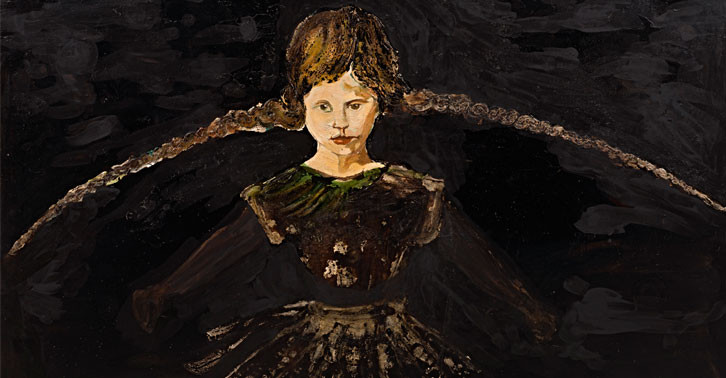 Cornelia Schleime will receive this year’s Hannah-Höch-Preis from the State of Berlin for her life’s work. The artist, born in East Berlin in 1953, studied printmaking and painting at the Academy of Fine Arts (HfBK) in Dresden from 1975 to 1980. In her undergraduate days, she belonged to a milieu of young artists who formed a counter-movement to official GDR art policy. The artists pursued new experimental paths and devised alternative presentation formats in studios and private homes. In the early 1980s, Cornelia Schleime drew, painted and wrote poetry, explored performance art and eventually began making films. Her broad definition of art and her unconventional works and shows resulted in 1981 in an exhibition ban. In 1984, after several applications to leave the country, she moved from East to West Berlin. Almost her entire oeuvre up to that date remained in the GDR and has disappeared.

In West Berlin from the mid-1980s she attracted much acclaim for her multi-facetted work. After recreating pieces left behind in the GDR in poetic works resembling landscapes, Cornelia Schleime has focussed since the 1990s on figures and large-format portraits. Sources of inspiration are glossy magazines, reproductions of all kinds, but also personal photographs or snapshots found at flea markets. Through the intuitive act of drawing or painting, she turns those she depicts into something creative of her own, projecting them in new roles, symbolically emphasising the poses encountered or highlighting aspects with a touch of fantasy and irony.

The Hannah Höch Prize has been awarded since 1996 by the Cultural Affairs Department of the Berlin Senate for an outstanding lifetime achievement in art. It is worth 60,000 euros, in addition to which the winner is invited to stage an exhibition with an accompanying catalogue. The artists are chosen by the Visual Arts Funding Commission of the Senate Chancellery, which includes representatives of the Berlinische Galerie, the Stiftung Stadtmuseum (Berlin City Museum), the Kupferstichkabinett (Museum of Prints and Drawings), the Neuer Berliner Kunstverein and kw, Institute for Contemporary Art.
www.berlinischegalerie.de