Dorothy Iannone. This Sweetness Outside of Time. Paintings, Objects, Books. 1959-2014 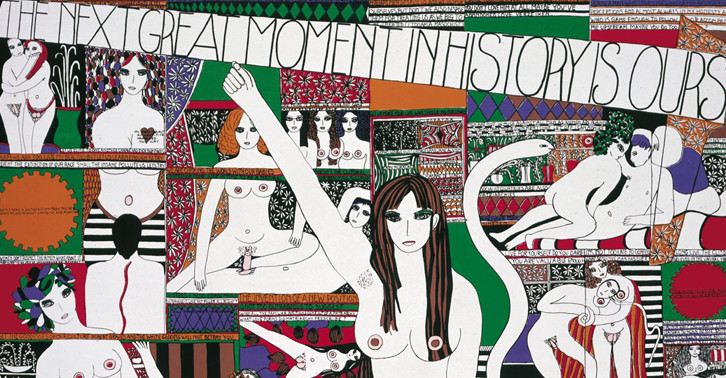 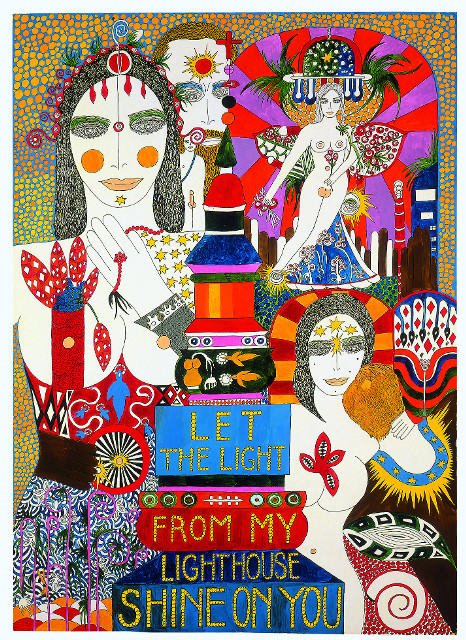 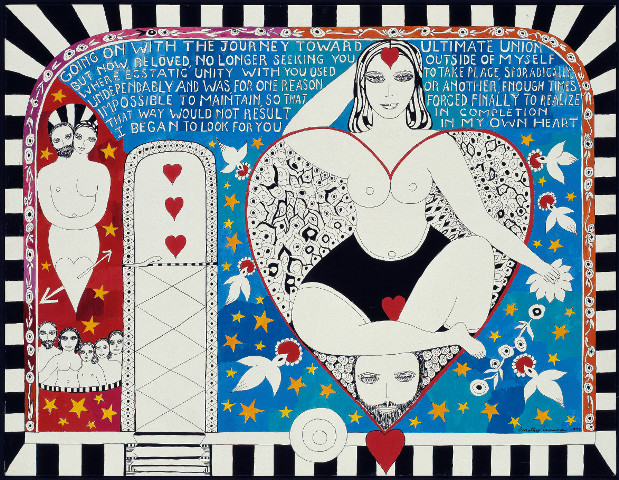 Dorothy Iannone
My Caravan, 1990
Privatsammlung Jürgen und Anette Ruttmann, Foto: © Ilona Ripke
The American Dorothy Iannone (b. 1933) occupies a distinct place as an artist in the second half of the twentieth century. Her œuvre, which now spans more than fifty years, includes painting and visual narrative, autobiographical texts and films. Since the 1960s she has been seen as a pioneering spirit against censorship and for free love and autonomous female sexuality. She continues to go her own way without compromise, artistically and conceptually.
Dorothy Iannone’s great theme is ecstatic love. The paintings, visual narratives, texts and books by this pioneer of women’s sexual and intellectual emancipation draw uncompromisingly on her own life. Iannone’s art frequently fell foul of the censors because of allegedly pornographic content. And yet her depictions of the sexual union between man and woman have an unmistakably mystical dimension rooted in the spiritual and physical union of opposites. This anchors her visual universe within cultural history and lends a modern, personal interpretation to Eastern religions, including Tibetan Buddhism, Indian Tantrism and Christian ecstatic traditions like those of the seventeenth-century Baroque.
The aim of this retrospective is to illustrate the intermediality and radical subjectivity of this unique artistic opus, where image, text, film and sound constantly enter new relationships. A central concern of the exhibition will be to explore this innovative energy in the art of Dorothy Iannone.