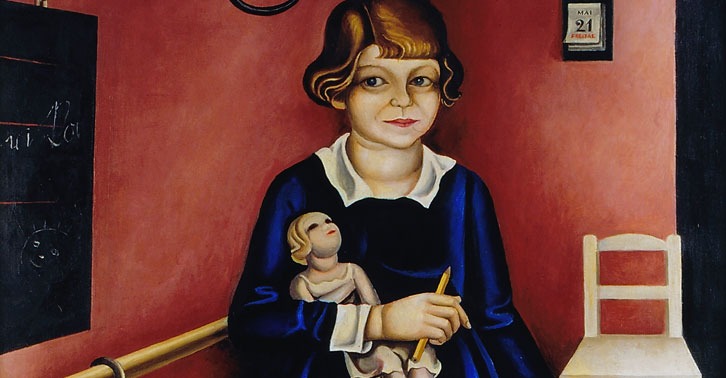 Issai Kulvianski, Mein Töchterchen Kiki, 1927, © Nachlass Kulvianski
Democracy and diversity. Launched in November 1918 during the revolution in Berlin, the association of artists known as the Novembergruppe quickly became an influential and innovative player in the art world and public arena of the Weimar Republic. With its pluralist philosophy, the association was open to every style in the visual arts, but also to architects, writers, composers and film-makers. A platform for freedom, democracy and diversity.

Between 1919 and 1932 the Novembergruppe mounted almost 40 exhibitions, published books and organised concerts, readings, parties and fancy-dress balls. In this way the association publicised modernist art on many different levels, providing plenty for people to talk and argue about.

With 119 works by 69 artists, including 48 paintings, 14 sculptures and 12 models and drawings by architects, this first-ever all-round retrospective at the Berlinische Galerie marks the centenary of the best-known of all little-known creative communities and its dramatic origins.

The patron is Michael Müller, Governing Mayor of Berlin.

The exhibition is part of a winter festival on the theme “100 Years of Revolution - Berlin 1918|19".
www.berlinischegalerie.de