In The Moloch Of The Presence Of Being 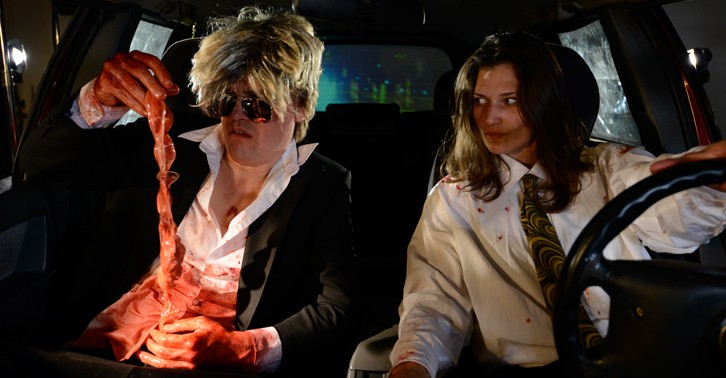 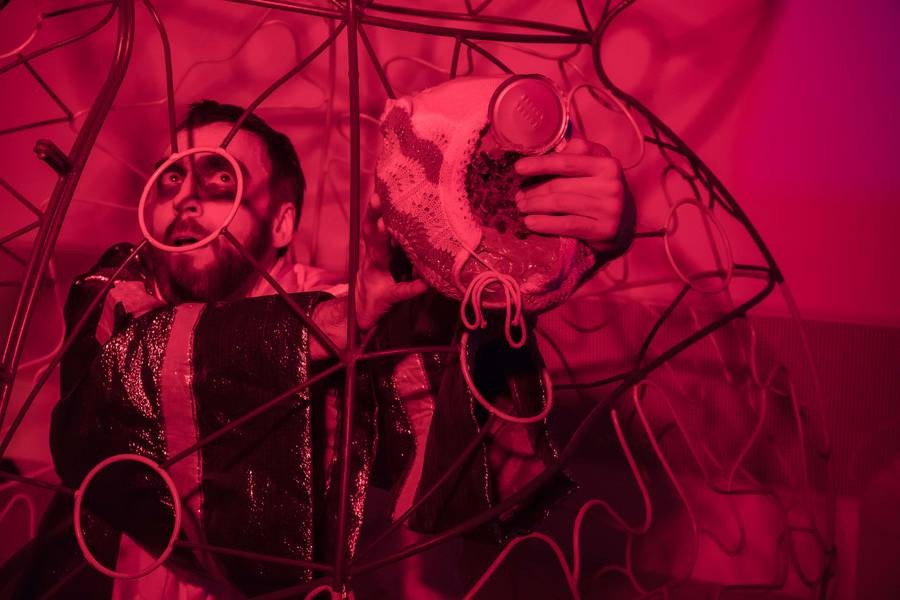 John Bock is a performance artist and film maker who moreover sculpts, draws and writes. The opulent display at the Berlinische Galerie is at once a freak show, a theatre stage, an experimental laboratory and a cinema, and overwhelming in its baroque abundance of meanings. The objects, props and costumes which play a part in the proceedings, whether on film or as part of the live performance, mutate in Bock’s cosmos into unpredictable creatures, swelling, hatching, sprouting tentacles and seeking contact with the spectator. Every stage along the trail tells its own story. Together they create a circuit for visitors to circumnavigate in a spirit of discovery, becoming a part of the show as they go.

One of the works included here is Der Pappenheimer (2013/2017), a sprawling, complex spatial installation. Olfactory stimuli, sound, film and pieces of set combine into a narrative that revolves around Casanova and a stone sculpture reminiscent of the Golem. Like his individual works, the show as a whole blends different media, items and installations to form a bizarre microcosm, symbolising the world but ultimately orbiting the artist. This is John Bock’s vision of the absurdity of things, celebrated with relish and revealed in a grotesque and mischievous pageant.
www.berlinischegalerie.de