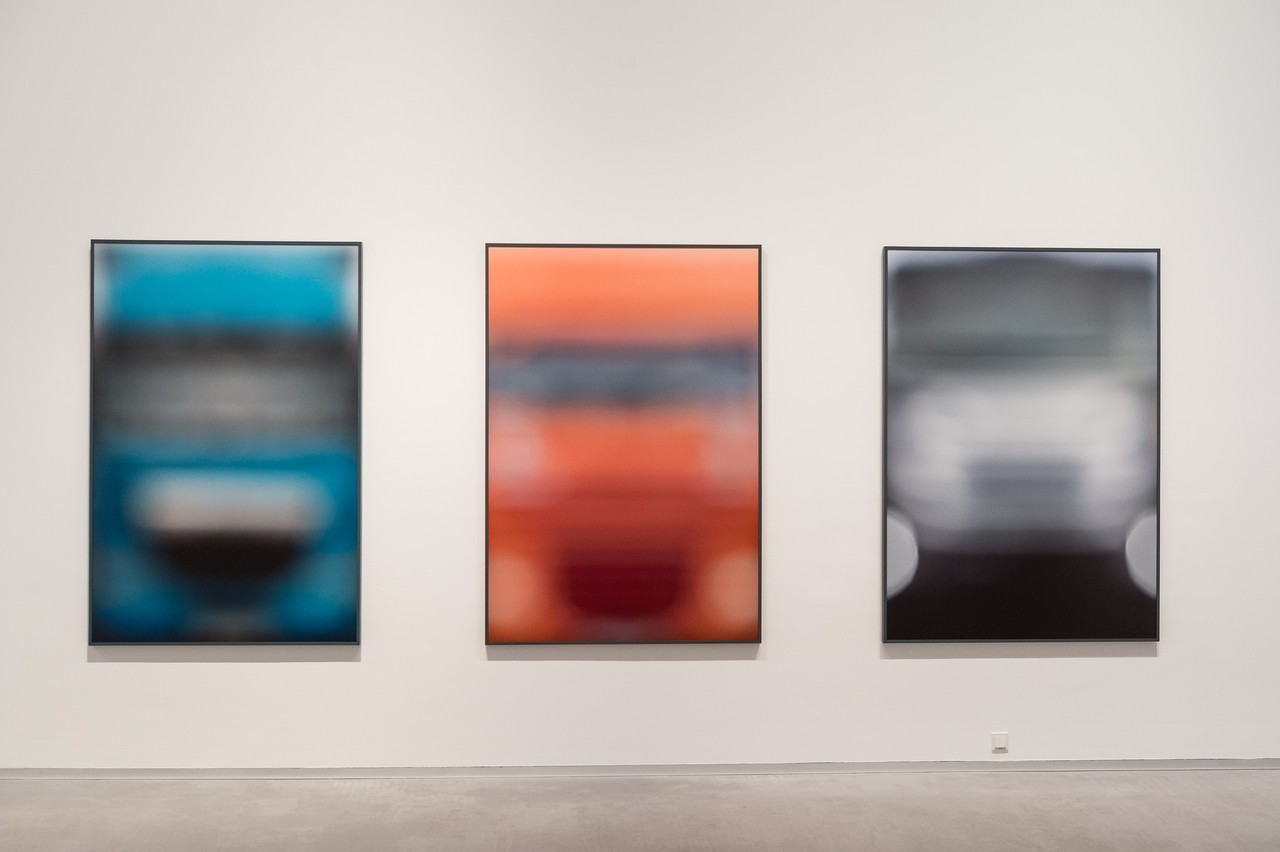 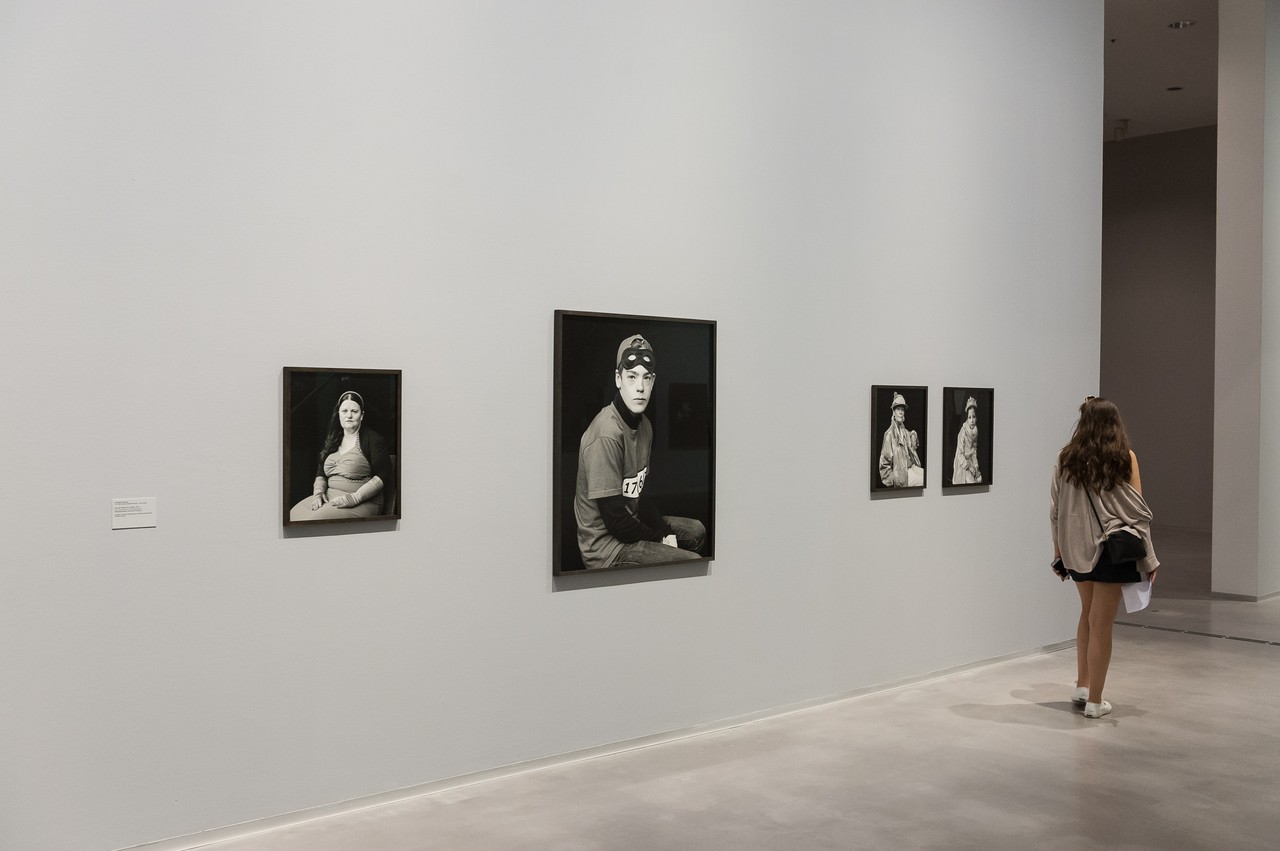 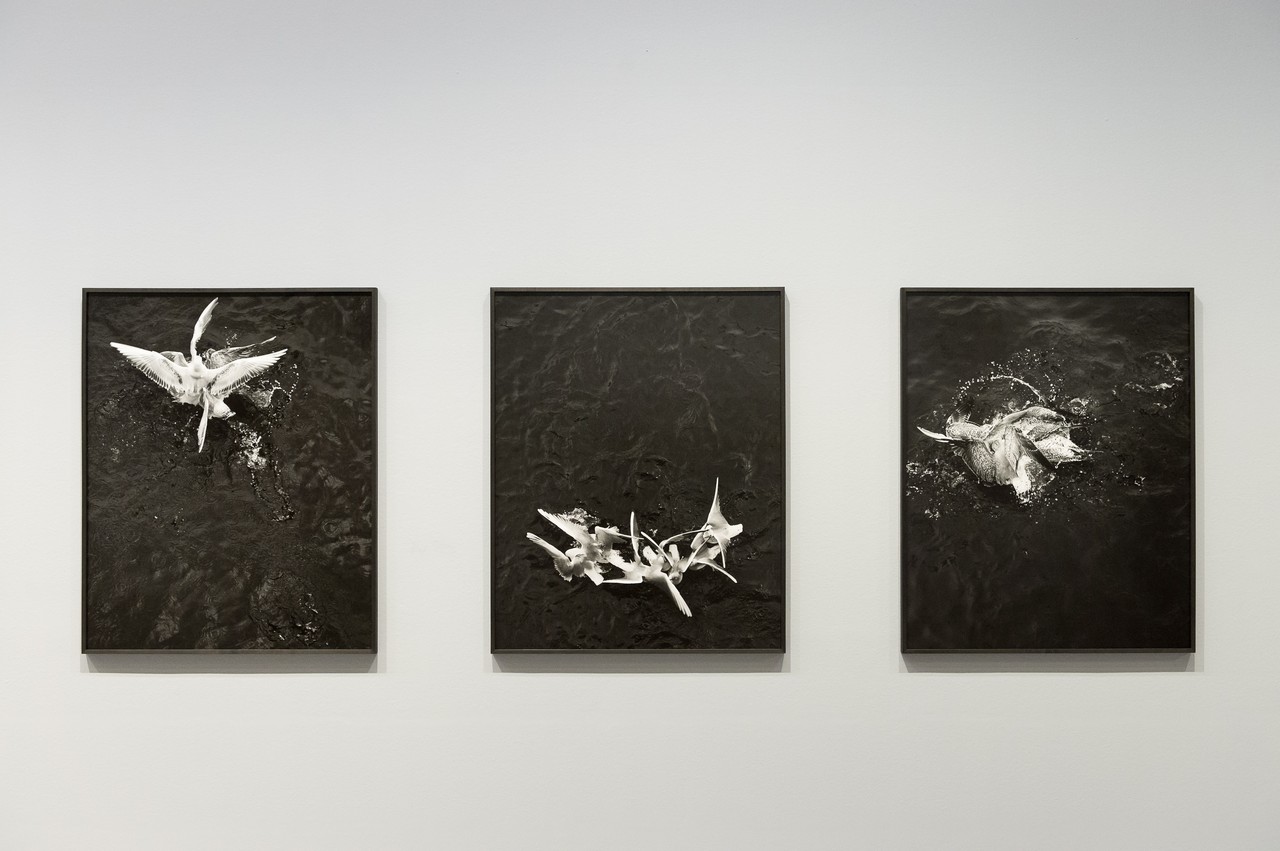 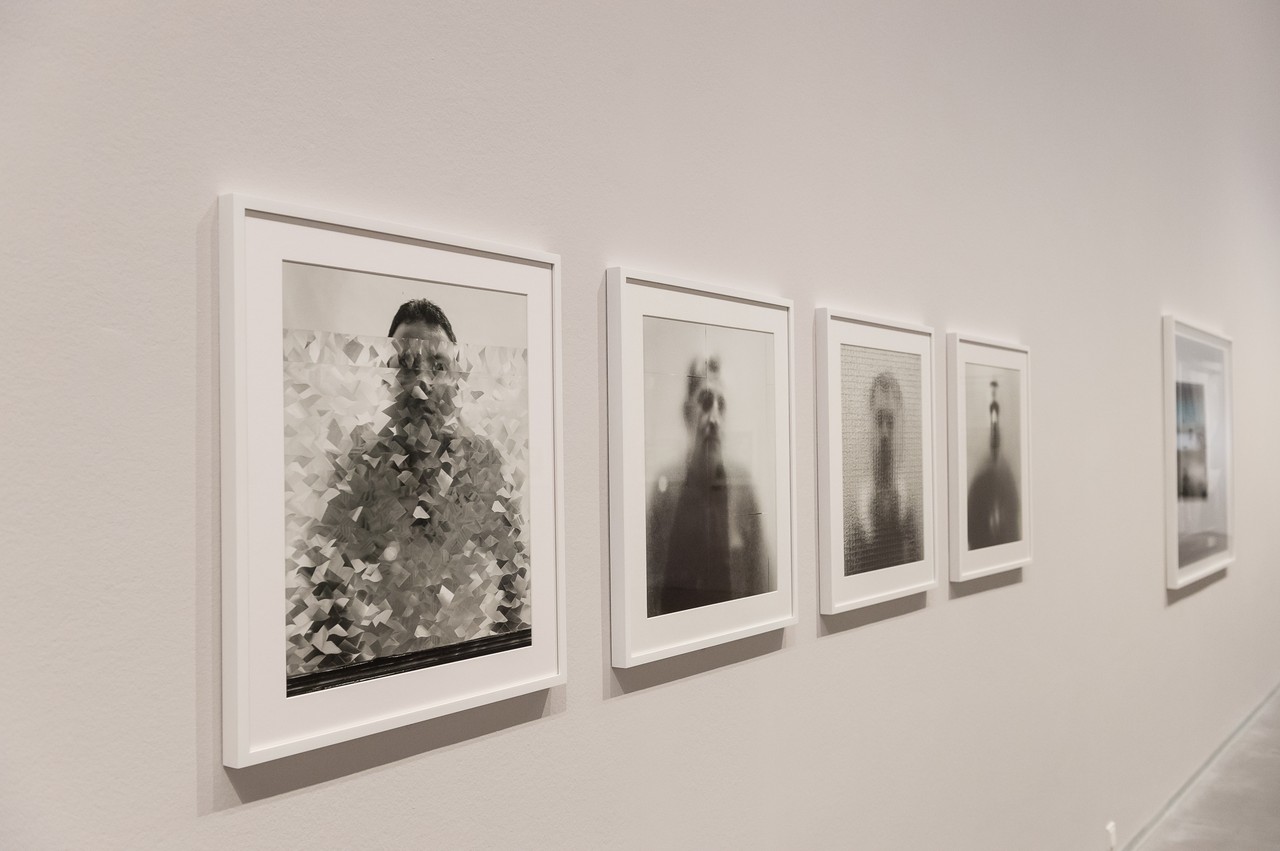 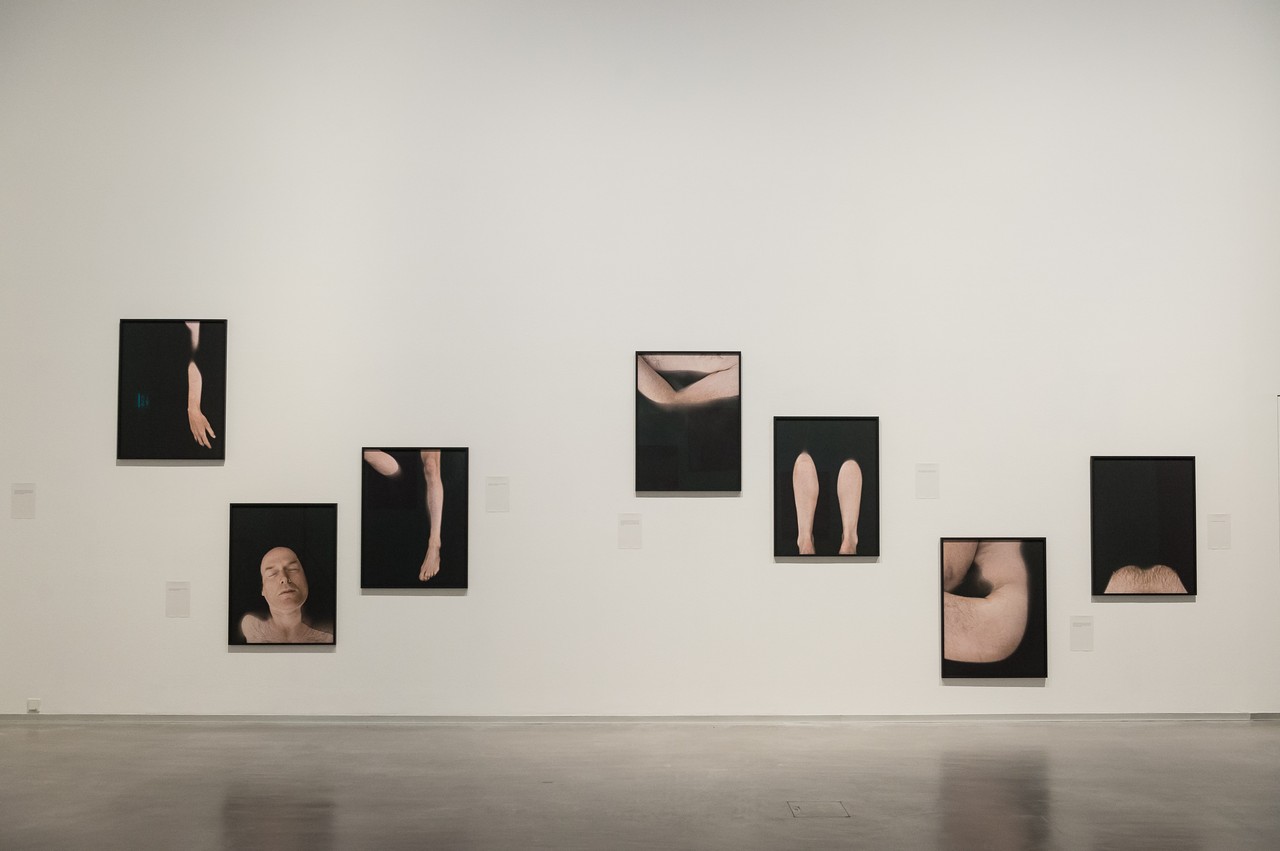 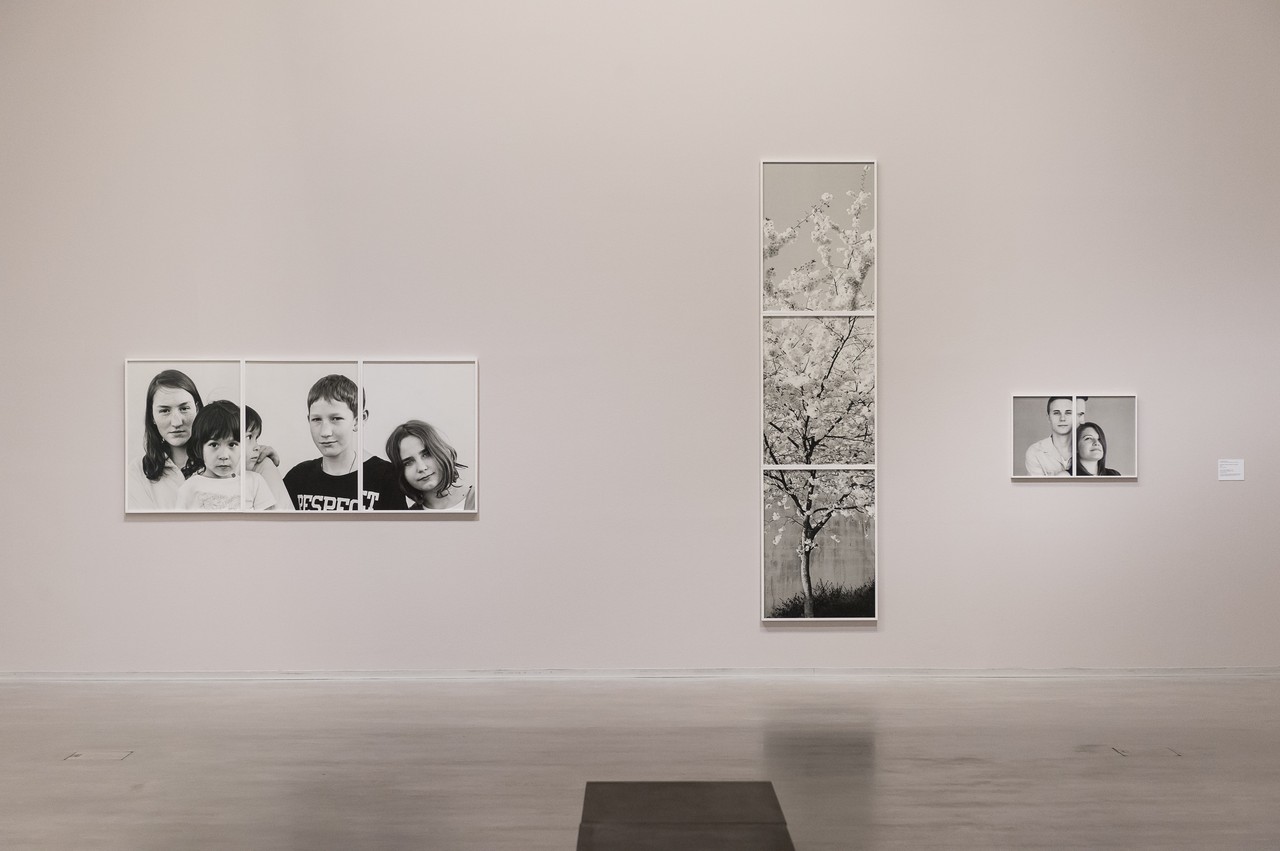 “Greed” (2014–2017), the title of the new, hitherto unpublished series, is the prelude. The drama of immoderate desire is visualised in images of tangled seagulls. This is the first work in the artist’s œuvre to which she applies an abstract idiom. The next room centres on the series “beyond” (2008–2010). The theme is the male world of Turkish and Arab cafés in Berlin, so mysterious to the outsider.

Photographs of café façades are combined with indistinct portraits beyond cloudy glass doors and curtained windows. In the series of group portraits “Blossom Time” (2012), Loredana Nemes has focused on that special period of life called adolescence. The group pictures are compiled from individual photographs. A deep need for intimacy and belonging overlaps here with the inevitable maturing of an independent identity.

The fourth series is “The Presentation” (2014), produced on the margins of the Cologne Carnival, which considers the interesting tensions between the appearance of people in costumes and the personalities these conceal.

The exhibition and catalogue were funded by the Förderverein Berlinische Galerie e.V. and the Rudolf Augstein Stiftung.