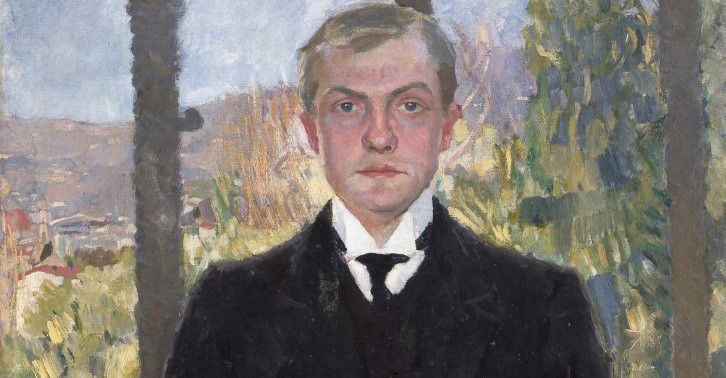 As the Berlinische Galerie marked its fortieth anniversary, the exhibition "Max Beckmann and Berlin" focused for the first time attention on the decisive role the city played in the artist’s work. The art historian Julius Meier-Graefe, a contemporary of Beckmann’s, succinctly summed up the relationship between the artist and the city in 1924: “Max Beckmann is the new Berlin.”
Max Beckmann (Leipzig 1884 –1950 New York City) spent two lengthy periods living in Berlin – one from 1904 until 1914, before the First World War, and another from 1933 until 1937, arriving after the National Socialists took power and remaining until he emigrated to Amsterdam. But even in the years between 1915 and 1933, when the artist had moved his principal residence to Frankfurt am Main, he fostered close personal and professional ties with Berlin. He visited the city frequently and maintained his presence in the arts scene of the Weimar Republic through numerous solo and joint exhibitions.
The show displayed works by the artist which were produced in Berlin, reveal a thematic link with the city, or went on show at major exhibitions there. The city of Berlin set its stamp on Beckmann’s work. In addition, a particular part will be played in our show by self-portraits of the painter from the various periods of his oeuvre which relate to Berlin. They indicated the artistic problems and issues that concerned the artist at the time, and they permitted insights into his general situation and the way he saw himself as an artist. Works by Beckmann’s contemporaries, such as those associated with the Berlin Secession, the New Secession or New Objectivity (Neue Sachlichkeit), cast their own spotlight on the lively, diverse art scene in Berlin in the 1910s, 1920s and early 1930s. Alongside works from our own collection, the exhibition included loans from many public and private sources.
Exhibition Architecture and Colour Design: david saik studio
The exhibition has been accompanied by a comprehensive catalogue in German and English that reflected the current state of research on Max Beckmann and Berlin.
The exhibition was under the patronage of Michael Müller, Governing Mayor of Berlin.
www.berlinischegalerie.de