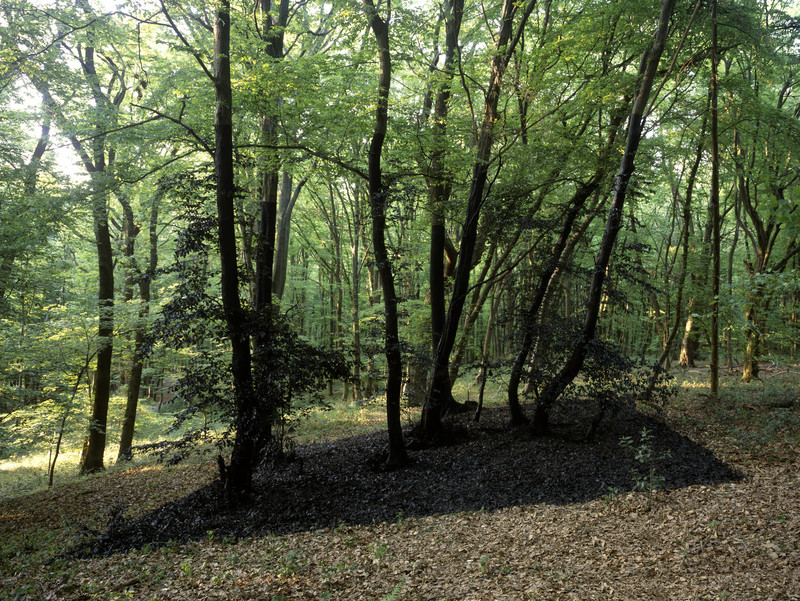 Michael Sailstorfer
Schwarzwald, 2010
Courtesy Johann König, Berlin; Zero..., Mailand
Foto: © Achim Kukulies
Michael Sailstorfer (*1979 Velden/Vils) is the prizewinner of the “Vattenfall Contemporary 2012”. This choice pays tribute to an artistic position which re-questions and extends the classical concept of sculpture. Sitting on 11th October, the jury was impressed by Sailstorfer’s astute handling of sculptural categories. Everyday objects, but also smells, noise, movement and even time emerge as integral components of his works, combining to create a poetic overall picture.

Michael Sailstorfer studied under Olaf Metzel at the Academy of Fine Arts in Munich and at Goldsmiths College in London. To date, it has been possible to see solo exhibitions of his work in the Schirn Kunsthalle Frankfurt (2008), the Kestner Society Hanover (2010/11), the S.M.A.K. in Genth (2011) and Kunsthalle Nuremberg (2011)

The prize Vattenfall Contemporary represents a new conception of the “Vattenfall Kunstpreis Energie”, which had been presented on an annual basis since 1992. In 2010 the prize was re-designed in collaboration with the Berlinische Galerie. Since then, it has been awarded to internationally acclaimed artists living and working in Berlin. The accolade includes a solo exhibition in the Berlinische Galerie, the production of an exhibition catalogue, and a guaranteed acquisition for the Vattenfall Collection. Previous prizewinners have been Julian Rosefeldt (2010) and Angela Bulloch (2011). 2012 marks the 20th anniversary of the art prize.