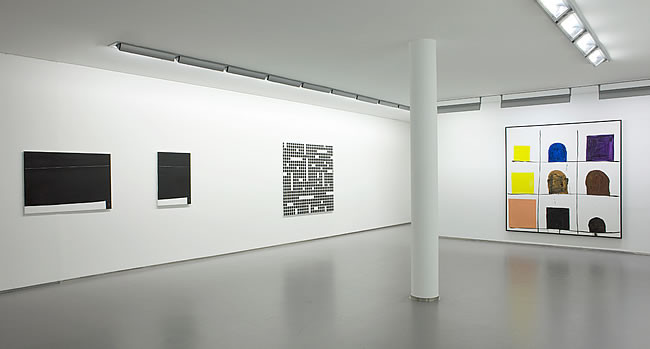 If something abruptly gets lost and disappears, if something previously available no longer can be handled, the day-to-day customs of our existence are severely shaken. Amidst the oblivion of being, the loss of self, and barred communications we take notice.
Experiencing the loss of something or someone raises fears our existence could be in question or even danger. That we are cut to the quick by this is no mawkishness. We fear for our accustomed doings.
All the more, we strive for security in everyday life. Yet, this tranquil state of averageness leads to an utmost »grinding of all possibilities of being« – lightheartedly, we drift into the »inauthenticity of a general ›someones‹ [man].«
Although, from this results an even harder blow.
In face of our own death, our own finality, all of a sudden, we feel anxious. An anxiety that »nothing in the world is relevant any more. Nothing that is to be found or encountered in the world« can guide or direct our existence, make it mandatory. This anxiety is no small disturbance in our daily routine as fear was before. It is a fundamental break causing the world surrounding us to collapse back upon itself in nullity.
In fear, existence fears for its own possibilities-of-being. In turn in anxiety, it is anxious about the whole ontic world of entities.
Nonetheless, in anxiety any existence is anxious in »the state of someone«. Only the impersonal ›someone‹ feels anxiety. As soon as it breaks down, existence stays on its own, so to say, as the last evident being.
This fatal anxiety confronts existence with itself; the »tranquilized, familiar being-in-the-world« reverts into the uncanniness of existence. The everyday familiarity of »being-in turns into the existential mode of not-being-at-home«, the ›someone‹ fades and the self of existence remains.
The whole world becomes a daimonios topos, an uncanny place. For, where »Being itself is beheld, the un-canny comes forward reaching far out beyond the familiar, inexplicable out of the world of entities: the un-canny, literally speaking and not in the commonly used sense«. But this demonic un-canniness is nothing outstanding or conspicuous, it is something »simple, unimposing, unseizable for the pincers of the mind [...], Being itself«.
What reveals itself is un-canny, because it belongs so closely to what is usually most familiar. Still, it can never be explained and understood by any familiar means as it addresses existence in »the primordial existential mode of being.« Appreciating this within our own existence, would imply accepting that every existence is based upon Being itself.
By acknowledging our own finality, we realize ourselves in our own possibilities; we become aware of our existence’s authentic possibilities-of-being.
As in the most desperate hour – facing our own death –, a leap back into existence takes places revealing it as »the most particular potentiality for being, as the constitutive freedom of choosing and seizing one’s very own self«.
This, one must consider carefully.
Painting, a kind of painting, being capable of this, freely regaining the image as an image, would be »a destiny, a calmness, we also have to obtain«, to endure this anxiety, to endure the world.