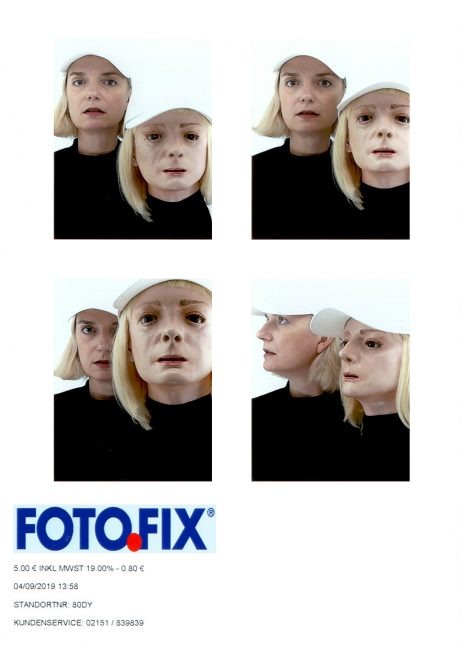 In her exhibition PUP, Aline Bouvy simulates a public square, a promenade for the public and a place that is not clearly situated in the present.

The advertising posters on the walls are a product of Bouvy’s artistic examination of the magazine “Die Frechheit. A magazine of humour. At the same time program of the cabaret of comedians” (1928-33). The both witty and provocative graphics allude to the Berlin bourgeoisie at the beginning of the 20th century and testify to a surprising openness to homoeroticism and strong images of women. Especially in the popular and cabaret art that fascinates Bouvy, the artist recognizes subtle reactions to social grievances and strong emotions that she takes up and reformulates in her works. In the end, a four-part group of objects emerged, which is placed on benches and distributed throughout the room. The individual figures make noises, perform automatic movements, or remain in a motionless pose. Their sexual connotation, including the obvious allusion to the female and male sex, is a potential troublemaker in public space, in the white cube, or in the viewer’s gaze.