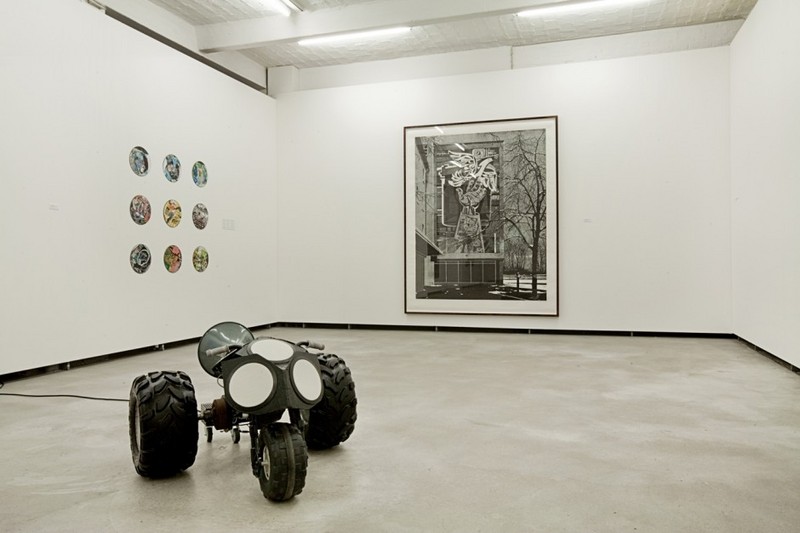 BERLIN.STATUS [2] marks the second survey of new tendencies and trends in Berlin’s art scenes, undertaken by the curators Sven Drühl and Christoph Tannert. It has been a little over a year since BERLIN.STATUS [1], a period in which a lot happens in Berlin.
A boom on the art and creative scenes and gentrification are two aspects of this structural change that are putting the German capital under tremendous pressure; slowly, they are bringing in their wake a reconsideration of strategic land use and housing policy. Berlin is still a dream destination for young artist nomads from all over the world. There is a huge potential of artistic sensitivity in the city, but most of these creative individuals can do no more than keep their heads above water in an extremely precarious situation. At the same time, Berlin is being inundated by tourists. Rents rise and go on rising. The same is true of radicalism.
Many artists are well aware of such aggravations in the inner-city climate but respond in extremely different ways. Relentless overheating in a capitalist system driven by the financial markets is reflected in the anachronism of those artistic urban guerrillas who first pretend outrage, then appear quite sedate and ready for compromise; who either rebel against politics with hidden aggression or make the world that is awry into an aesthetic theme in itself. In all this, simple truths in both politics and art are hard to come by.
BERLIN.STATUS [2] focuses on artists born from 1978–1984. The publication and exhibition of works by more than 50 artists permit a look ahead to the potentials of the youngest generation of artists, although they made quite clear even during preparations for the exhibition that there would be no big bang after which everything would be different. Nonetheless, there is a broad spectrum of interventionist thinking and image-manipulating approaches, with a lot of video art, some painting, non-figurative objects and the tendency towards low-budget materials that is so typical of Berlin.
(Sven Drühl / Christoph Tannert)Participating artists:
David Adamo, Song-Ming Ang, Julius von Bismarck, Thomas Chapman, Lise Chevalier, Mariechen Danz, Simon Denny, Uros Djurovic, Peter Dobroschke, Aleksandra Domanovic, Antje Engelmann, Larissa Fassler, Thilo Frank, Max Frisinger, Wolfgang Ganter, Stefanie Gutheil, Claas Gutsche, Emma Waltraud Howes, Michelle Jezierski, John Kleckner, Christoph Knäbich, Nuri Koerfer, Clemens Krauss, MARCELLVS L., Cyrill Lachauer, Oliver Laric, Daniel Lergon,Jennis Cheng Tien Li, Philip Loersch, Song Lu, Nik Nowak, Tim Plamper, Sophia Pompéry, Gabriel Rossell Santillán, Moritz Schleime, Dennis Scholl, Bettina Scholz, Sarah Schönfeld, Robert Seidel, Pola Sieverding, Natalia Stachon, Tim Stapel, Despina Stokou, Henning Strassburger, Asli Sungu, Reijiro Wada, Johannes Weiss, Clemens Wilhelm, Jordan Wolfson, Michael Wutz, Hui Zhang
www.bethanien.de