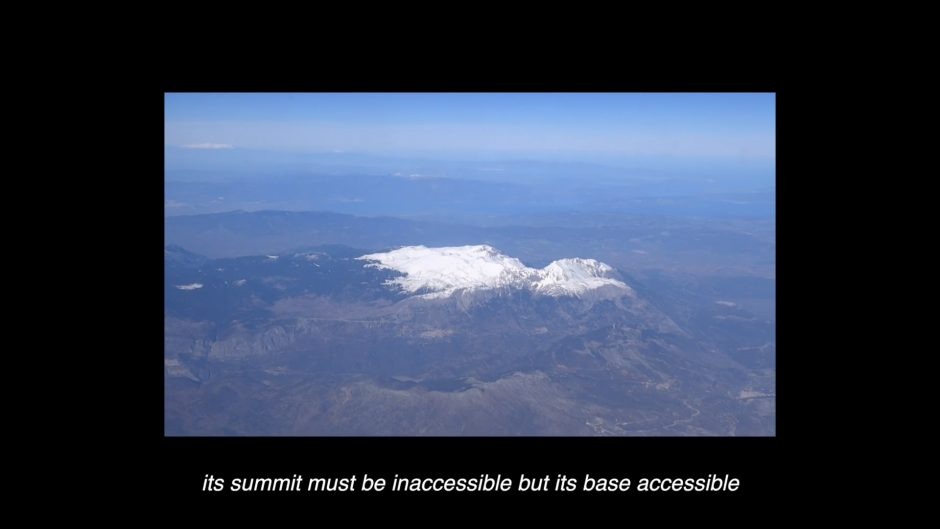 Autonomously driving cars are a reality. Even with dramatic setbacks their technology becomes an active form of story telling, overtaking the original role of mythology for predicting and understanding our future. James Bridle, artist and author of New Dark Age (2018) is dissecting technological routines and reveals the unpredictability of their often commercial and therefore non-transparent implementations.

In Gradient Ascent, named after an optimization algorithm that is used in machine learning, the viewer is following a self-driving car up to Mount Parnassus in Greece: the classical home of the Muses and thus art and knowledge. The journey is accompanied by a narrative on mythology and progress inspired by René Daumal’s surrealist novel Mount Analogue (1952).