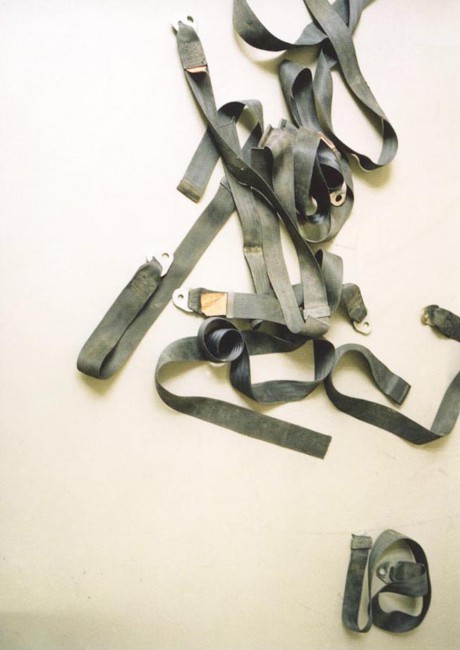 Jumana Manna works primarily with film and sculpture. Her work often addresses the body, nationalism, history and the construction of community. For her show at the Künstlerhaus, Manna will show a series of sculptures, symbolically linked to the thematic and processes of her films from her most recent film projects. The works come together almost as an archaeological site, excavating both the legacies of post-minimalist sculpture and the building of Künstlerhaus Bethanien, as a former industrial site transformed into a white walled space for offices and culture.
Manna’s sculptures are abstractions, and allegorical interventions, which use a variety of materials, such as seatbelts from car morgues, waxed egg cartons, fake bricks, and skin-colored silicon shrouds. They play with dualities of animate/inanimate, surface/structure, theatricality and the real, while keeping in mind the gallery space as a place which can both unravel and neutralize the historical site.
If her films are unfolding of images into time-based narratives, the sculptures are condensations of similar thematics into singular forms.
www.bethanien.de