From Admiration to Shyness 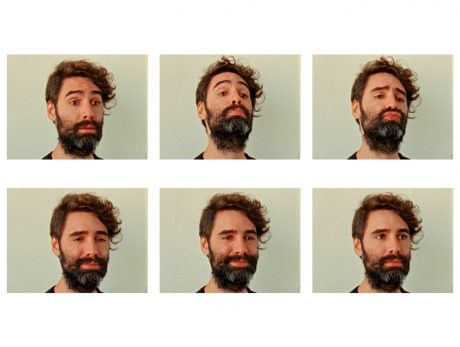 Pablo Pijnappel’s work revolves around the relation between storytelling and the concoctions of memory. Taking psychoanalysis and literature as their starting points, his works are meta-narratives that poetically combine cultural, historical and ancestral identities, meshing them together through the prism of the past. For Pijnappel, language plays a central role in bridging the mechanisms of the mind and the world, whether as video installation, text or performance, his works lay at the crossroad between cinema, photography and literature.

For this current exhibition, Pijnappel’s works use the authoritative language of instruction manuals, self-help guides and the rulebooks of board games as ready-made narrative structures. Two works: From Admiration to Shyness and Sensual Exercises, appropriate such texts as film scripts, following their prescriptions, as if the subjects of the films were automatons devoid of empathy and even common sense.