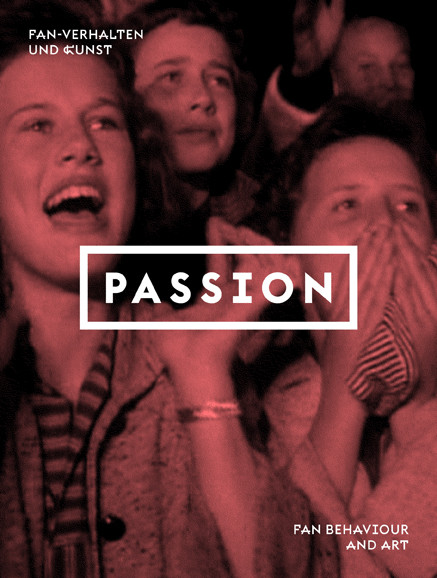 Youth culture is known to manifest itself in a variety of ways. One of its most appealing forms of commonality is fandom: young people feeling aligned with any of the subcultures whose cohesion relies primarily on a fixation with a sports team or popular entertainment (music, film, TV, Internet, digital gaming culture, fashion, literature, comics) and is nurtured by body art, raves, moves or theatrical performances as experimental spaces. Fantum should not be equated with the interest of the “normal” public in pop culture; rather, it takes the shape of a heightened form of popular culture and seeks to differentiate itself. Incidentally, very few visual artists would unequivocally describe themselves as fans of a given band or style of pop music.The exhibition Passion: Fan Behaviour and Art focuses on the realm of rock music. It explores fan behaviour bearing in mind that before the advent of the Internet and social media music fans communicated among each other by writing letters, exchanging pictures, designing posters, publishing magazines, taping concerts and radio broadcasts or decorating cassette covers, often interweaving rumours and fictional accounts with poems and declarations of love in an effort to keep the distance between artists and fans as small as possible.Through their works the artists in this exhibition examine how the fans’ torrents of passion manifest themselves, which are the objects of desire, and how mass media and pop culture deal with fan attitude. And, naturally, they speak of the rock-musical interests and dreams of their own teenage years. Their works reveal the power of the analog message: when we document something, photograph it, film it, paint it on canvas or on the wall, put it on a pedestal, write it on our skin, it means we take it seriously – all the more so when we question our own fan behaviour. As was to be expected, expressions of worship and homage abound in this exhibition.The exhibition is curated by Christoph Tannert; curatorial assistant: Miriam Barnitz.The exhibition travels to the Kunsthaus im KunstKulturQuartier, Nuremberg (Opening: December 16, 2015), the Mùzeum Ludwig, Budapest, Hungary (Opening: April 14, 2016) and the Stadtgalerie, Kiel (Opening: September 9, 2016).The band ZIGURI from Berlin (www.ziguri.net) will be playing at the Künstlerhaus Bethanien opening on the 9th of July at 8pm.