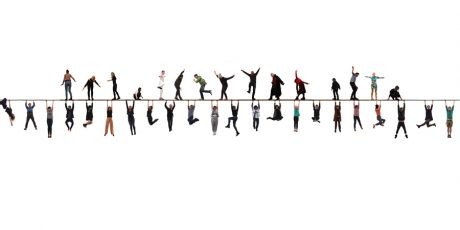 In his work, Song Sung Jin makes use of photography and installation as well as film in order to convey his observations of social constellations. Starting out from ideas of an urban organism, in which a discrepancy emerges between the individual and the collective, he aims to clarify the tense relations between the individual and the wider social construct for the viewers of his works.

While in earlier works he concentrated on the big picture, in his photo/ video installation at Künstlerhaus Bethanien the focus has moved to the individual.Song Sung Jin is a grantee of the Busan Cultural Foundation.In the context of the opening on 19th January, Song Sung Jin will be presenting the performance Postures in collaboration with dancer Nelly Hakkarainen (at 8 pm).
www.bethanien.de