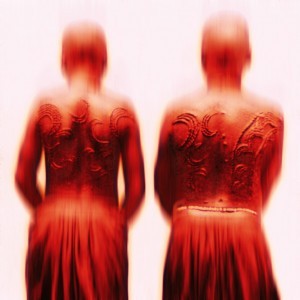 The 16-part photo series "Neverbeenthere" (1997) investigates pictorial motifs from books on Africa like those appearing under titles like "The Call of the Caravan" (Hansjoachim von der Esch), "The Naked Nagas" (Christoph von Fürer-Haimendorf) or "Into the Heart of Africa" (Adolf Friedrich Herzog zu Mecklenburg) in Germany until into the 1940s. The images have been altered slightly in the sense of adaptation to our modern-day perception of photographs. The photographic re-enactment enables the viewer to examine what has been viewed once already, but can no longer be viewed in precisely the same way. The imaginative journey in these images thus follows the thin line between our developed political perceptual consciousness and the historical vantage point. (Via Lewandowsky)
www.bethanien.de