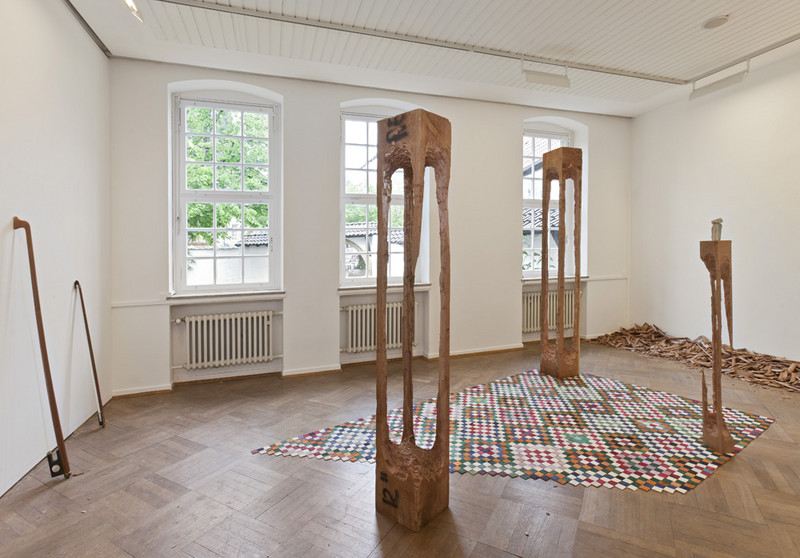 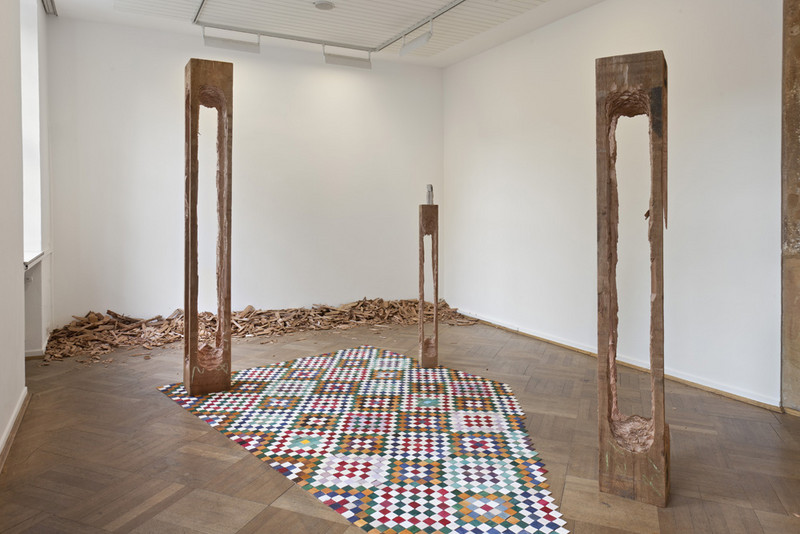 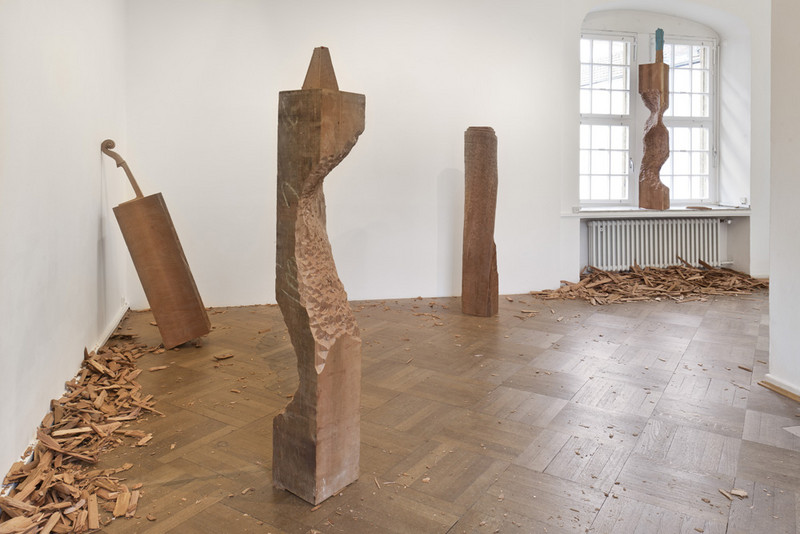 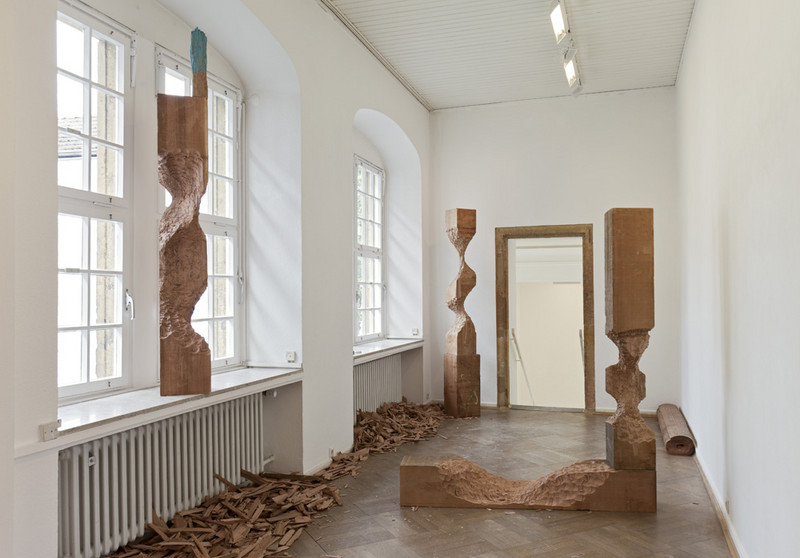 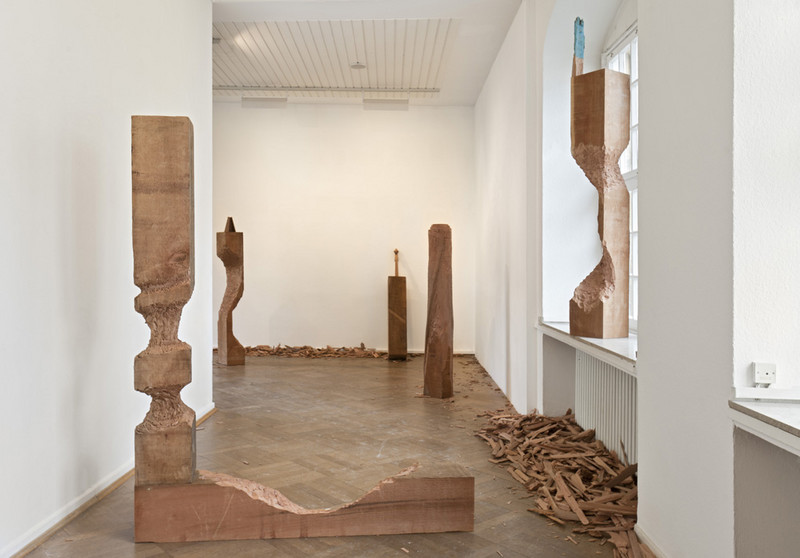 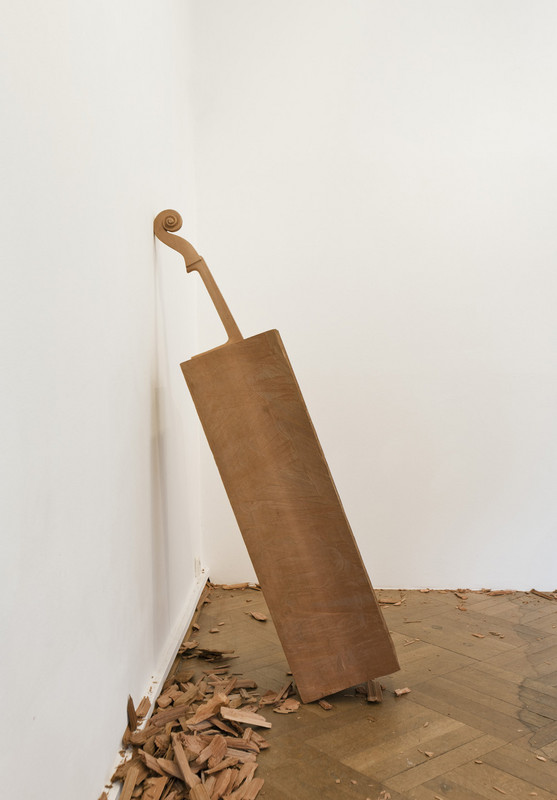 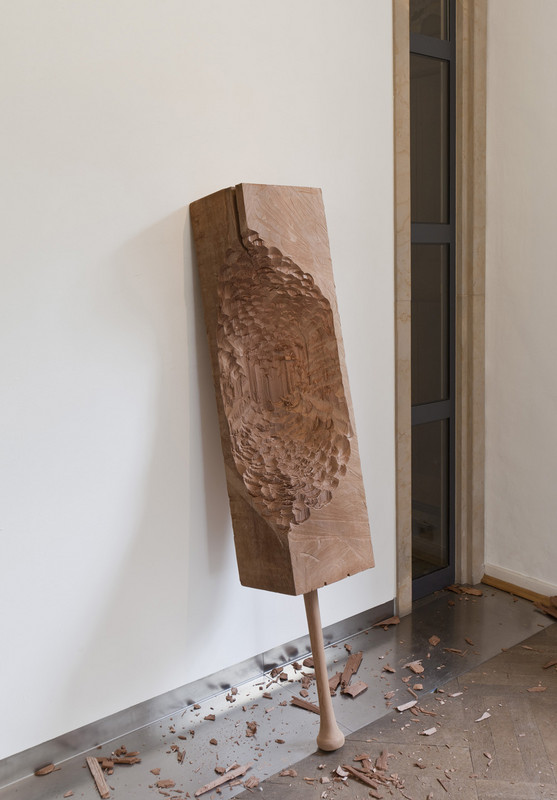 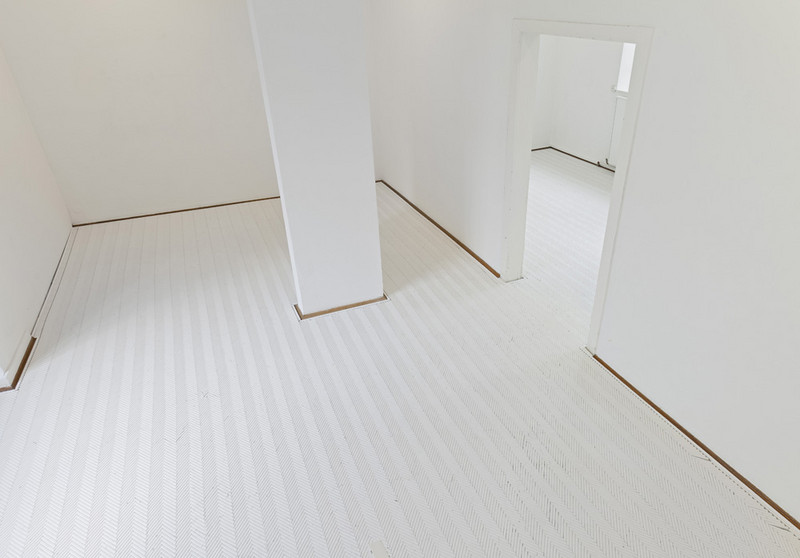 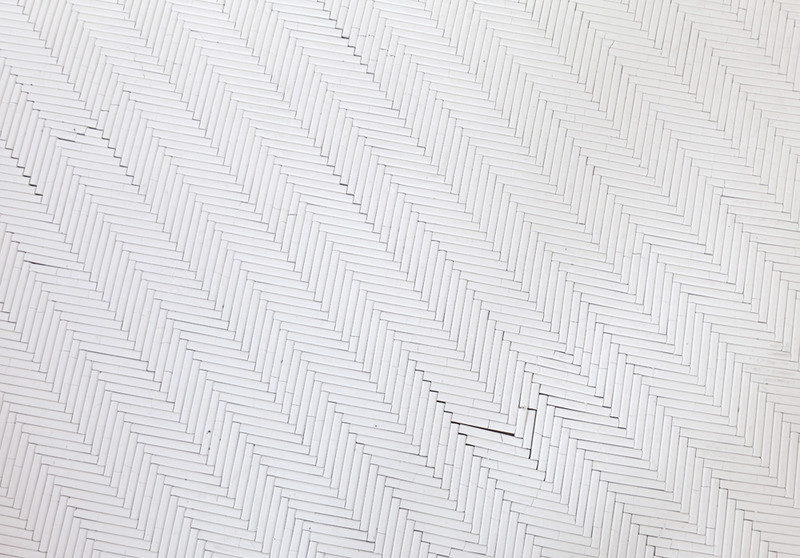 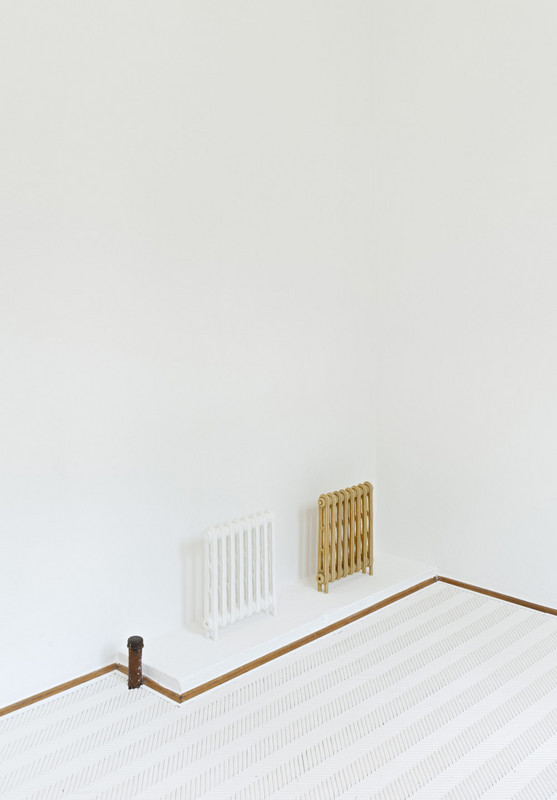 David Adamo, exhibition view at Bielefelder Kunstverein, 2012. Photo: Philipp Ottendörfer
The Bielefelder Kunstverein is showing the first comprehensive solo exhibition by the American artist, David Adamo. He is developing a spatial scenario on the Kunstverein’s ground floor, consisting of new groups of works and architectural interventions. Adamo is playing with the structure of the location for this exhibition, with motifs of presentation in museums as well as the relationships in scale between spaces and objects. For the first time, he is involving the spectators as a basic component of a floor-work which changes within the exhibition period and consistsof 40.000 chalk sticks. In addition, the artist is creating sculptures for the Kunstverein’s external area, which will already attract visitors’ attention at the entrance and provide a first visual indication of the exhibition in the interior. A further, independent sculpture is being produced in the context of a workshop accompanying the exhibition.

David Adamo has developed his own independent stance as a sculptor outside of formalism over the last few years. The artist has become known with extensive installations made of industrially produced wooden objects. He works on walking sticks, baseball bats or the shafts of hammers up to the point where they lose their actual function. The resulting wood shavings lie on the floor around the object like a frame. Adamo works on objects and situations, which are suffused with poetry and absurdity at one and the same time. He creates spatial installations resembling stages and sculptures bearing a multiplicity of meanings and provoking narratives on the basis of their symbolism and of the materials used.

David Adamo (*1979 in Rochester, New York) has been living and working in Berlin since 2008. Most recently his artistic works were to be seen in, among other places, solo exhibitions in the Basilica Santa Maria Maggiore in Bergamo, at Untitled in New York, in the Kunsthalle Fribourg und in Confort Moderne Poitiers. In addition, he has
participated in numerous international group exhibitions, among others, »Based in Berlin« (KW Institute for Contemporary Art Berlin, 2011), »Whitney Biennale« (Whitney Museum of American Art, New York, 2010) and »Psychosculptures« (De Vleeshal, Middelburg, 2010).