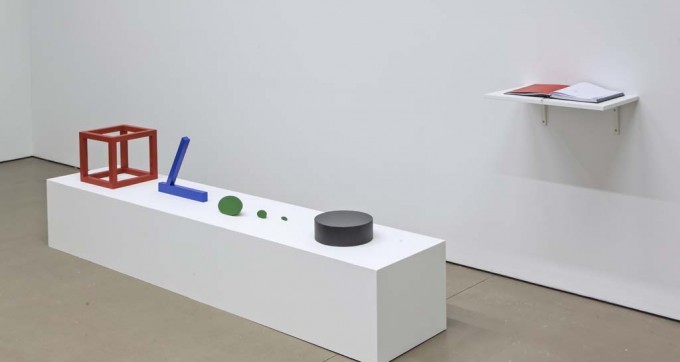 The artistic work of Iman Issa (*1979 in Cairo, EGY, lives in New York, USA) deals with the possibilities of association and individual experience. Through installation, sculpture, photography and text the artist investigates how history, language and objects, in particular, relate together. In her ongoing studies, Issa employs a range of forms, materials and strategies, in order to, on the one hand, deconstruct things in their essence, and on the other, to make missing subtexts, concepts and narratives visible. The artist does not reveal whatever is the source she is using. Yet descriptions and captions on the original works are an important component in her work. »Material« (2010-12) is based on the relation between the material and the function of sculpture. A selection of works from the second half of the twentieth century, whose titles consist of individual words, forms the starting point in »Lexicon« (from 2012 onwards). »Heritage Studies« (from 2015 onwards) takes up research into cultural heritage and into the way we use history. This way the sculptural interpretations by Iman Issa investigate the act of perception itself and enquire into the significance of historical artefacts for the present day. »Material«, the first institutional solo exhibition of the artist in Germany, presents the complete series of the same title and ten displays for the very first time. The series »Material« is complemented by new works of the artist.

Iman Issa, born 1979 in Cairo (EG), lives and works in New York and Berlin. In the recent years solo exhibitions were shown, among others, in the Kunsthalle Lisbon (PT, 2016), at the Museu dÁrt Contemporani de Barcelona (ES), in the Perez Art Museum Miami (USA, both 2015), as well as at Tensta Konsthall Stockholm (SE, 2013). The artist was represented through many group shows, among others at the Museum of Contemporary Art Cleveland (USA, 2017), at Whitechapel Art Gallery London (GB, 2017), in the Solomon R. Guggenheim in New York (USA, 2016) and at the 8th Berlin Biennale (GER, 2014). Iman Issa was nominated for the Preis der Nationalgalerie 2017 and awarded the Vilcek Prize for Creative Promise 2017.
www.bielefelder-kunstverein.de