Towards a Further Word 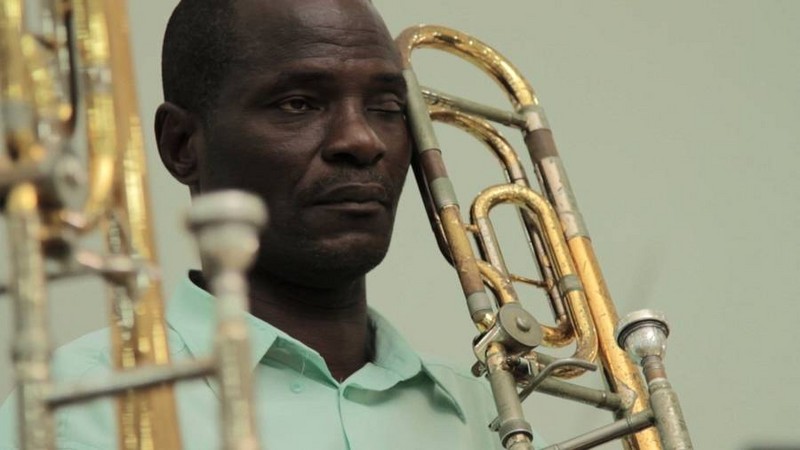 Katarina Zdjelar
My lifetime (Malaika), 2011
Videostill, HD-Video, Farbe, Ton, 5:37 min (Loop), Courtesy die Künstlerin und CIRCUS Berlin
From February 08 to April 27 the Bielefelder Kunstverein is presenting Katarina Zdjelar ́s first solo exhibition in a German art institution. The exhibition »Towards a further word« concentrates on a specific selection of works from the last six years. The artist is showing a total of six filmic works plus a text-based one. Zdjelar’s works formulate visual-acoustic answers to social, political or psychological questions of our day. Within the exhibition, they are made visible through the embodiment of language and music.

Katarina Zdjelar’s artistic practice consists of videos, sound works, books as well as curated exhibitions. Her works involve embodied responses to historical and geo-political constraints placed on individual or collective desires. She explores the cultural abstraction of familiar codes, the effects of translation as well as the socio-political and economic overtone of a musical score. Furthermore Zdjelar investigates the becoming physical of spoken words, the voice as an actant and the act of speaking within and without a defined group or community. For example, the familiar in a foreign language, the moment when a musical performance preserves its rehearsed traces, or a speech training aimed at shedding a personal accent coincide both as her main topic and as material. Through the moving image and sound Zdjelar impressively captures these processes of appropriation.

Katarina Zdjelar, born in the former Yugoslavia in 1979, lives and works in Rotterdam (Netherlands) and in Belgrade (Republic of Serbia). She studied at the Piet Zwart Institute of the Willem de Kooning Academy, at the Belgrade Centre for Contemporary Theatre and Performance Art and at the Belgrade University of Arts. Most recently, the Museum of Contemporary Art Artium (Vitoria-Gasteiz, Spain) (2013), the Galerie Stadtpark Krems (Austria) und SpazioA (Pistoia, Italy) (both 2012) have shown her work in solo exhibitions. In 2013, Zdjelar was represented by works in group exhibitions in, among others, the Total Museum of Contemporary Art (Seoul, Korea), in the Hartware MedienKunstVerein (Dortmund) and the 5th Moscow Biennial (RU).
www.bielefelder-kunstverein.de