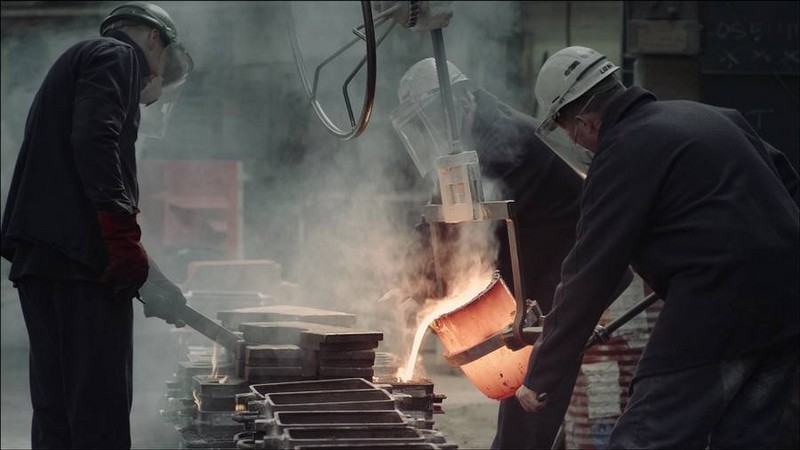 Mathieu Kleyebe Abonnenc
An Italian Film (Africa Addio) First Part: Copper (Videostill), 2012
HD-Video, Farbe, Ton, 26 min
Produziert von Pavilion, Leeds und École des Beaux-Arts de Nantes, Courtesy Marcelle Alix, Paris
Mathieu Kleyebe Abonnenc is both artist and curator. In his works, he researches the history of colonial development and its effects on cultural identities and global relations. Engaging with the history of film and the decolonisation of African states in the 1960s plays a crucial role for him. He investigates the causes of collective amnesia in his videos, photographs and drawings, as well as through archive material. Cultural objects always carry a form of memory within themselves, which Abonnenc sets up to be negotiated all over again in his works. In this way, the artist is not only looking for the historical reasons behind current conflicts, but makes it possible to realise the multiple relations between personal identity, community and nation. In the frame of the exhibition at the Bielefelder Kunstverein, Mathieu Kleyebe Abonnenc will show two new films to accompany photographic exhibits and archival documents.

Mathieu Kleyebe Abonnenc, born in 1977 in French Guyana, lives and works in Paris. In 2012, two institutions, the Serralves Foundation (Porto, Portugal) and the Pavilion (Leeds, England), have mounted solo exhibitions for the artist. Abonnenc recently took part in the Paris Triennial in the Palais de Tokyo and in group exhibitions (all in 2012) in the Fondation d‘entreprise Ricard (Paris), as well as at the ICA – Institute of Contemporary Art (Philadelphia, USA). The exhibition at the Bielefelder Kunstverein is the artist’s first solo exhibition in Germany.
www.bielefelder-kunstverein.de