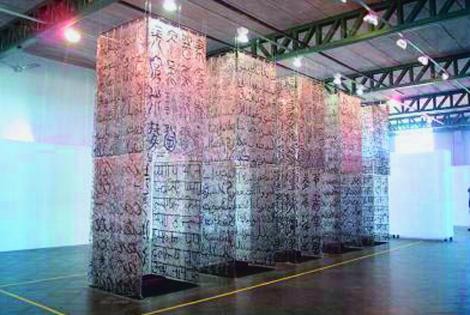 The 3rd Biennial represented a fundamental period of transition towards a new level of organisation and professionalism, which would be consolidated in the fourth edition.

With no defined theme, the third edition was known more for its "city of containers". Part of the exhibition took place inside a series of freight containers in a 60,000-m2 area of the Parque Maurício Sirotsky Sobrinho, with 51 containers housing works by 51 artists. This Biennial was also strongly recognised for seeking to map emerging work and promote a vision for the future while giving over a large space to the work of young artists.

The curators sought to emphasise the nomadic nature of contemporary art. In addition to using unusual spaces not traditionally associated with cultural events, other segments of the exhibition, such as the performance event in the São Pedro Psychiatric Hospital in which eighteen artists showed their works in the premises and grounds of the sumptuous hospital building dating from the Imperial Provincial Government, also fulfilled the aim of showing the transitory nature of contemporary art.

In an attempt to preserve the experimental and emergent spirit that was a feature of the 2nd Biennial, the curators proposed a view of painting which avoided an historical or nostalgic approach and promoted a dialogue with other two- and three-dimensional art-forms. The exhibition entitled Pictorial Poetics sought to accentuate the expansion of painting beyond its conventional limits.

The artist of honour at the 3rd Mercosul Biennial was Rafael França.

Admission to the 3rd Biennial was free and estimated attendance figures of 600,000 greatly exceeding the initial target.

Twelve artists from this edition showed their works in the recently-opened Caixa Federal Cultural Centre in Brasília/DF, as part of the touring programme. The photographer Gal Oppido showed a photographic essay about setting up the 3rd Biennial in a kind of "making of" documentary showing the work that went into organising the event.

Source: "A Concise History of the Mercosul Biennial"
www.bienalmercosul.art.br