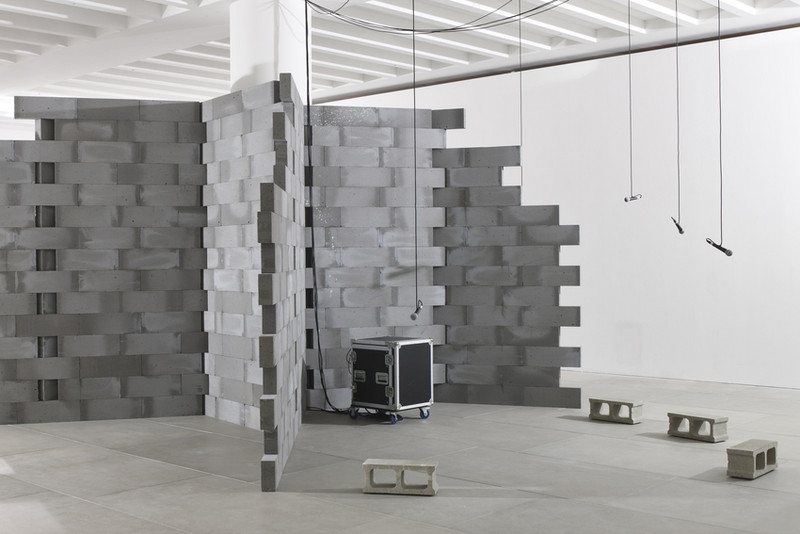 The directors of Blain|Southern are delighted to present the gallery’s first solo exhibition by Gilberto Zorio. Bringing together seminal sculptures from the 1960s, a number of recent works and new site-specific installations, this is the artist’s first UK show in five years.

Along with artists including Jannis Kounellis, Pino Pascali and Giuseppe Penone, Zorio was a pivotal member of the radical Arte Povera movement in Italy during the mid-1960s. While their practices differed, all were united in their use of modest, ‘found’ materials, such as wood, lead, copper, steel and concrete, which they deployed to challenge historic definitions of what constitutes an artwork, and in doing so raised profound questions about the relationship between life and art.

Zorio’s early sculptures offered a new and vital engagement with form, which blurred the established line between art and the viewer, and subverted the traditional concept of the autonomous object. His sculptures often present form in a state of flux; an open-ended experience that plays on the boundaries between internal and external space, dynamism and stasis, renewal and dissolution, and that ultimately resists being labelled as ‘finished’.

A typical example of this is Leads II (1968), which is comprised of buckled sheets of lead suspended from the ceiling by ropes. Inside the lead are pools of blue and yellow liquid – copper sulphate and hydrochloric acid – which actively begin to crystallise upon a copper braid, also suspended from the ceiling. Through chemical reaction, Leads II demonstrates Zorio’s fascination with extremes of energies – both the gradual natural transformations seen in this work, as well as violent moments of energy in other works – whose immediacy is felt only in brief flashes before it disappears.

A work from the same year, Microphones (1968), presents a number of concrete breeze blocks on bases of ball bearings, above which microphones hang from the ceiling; viewers are encouraged to stand upon the blocks and to record their voices, before listening to the playback on speakers. An ‘echo’ effect then occurs, filling the space with repetitive sound that envelops the viewer and alters their auditory perception.

Featuring throughout the show is one of Zorio’s most enduring and personal motifs: the star. Often regarded by the artist as a “kind of self-portrait”, these works celebrate the violent transformation from impure to pure form. The artist has long been fascinated by the star’s encapsulation of matter in a constant state of flux, and by its representation of the process through which base matter obtains an otherworldly luminosity. The five-pointed star is symbolic for the artist in many respects – of luck, time, ancient history and astronomical energy.

These ideas are brought together in a new star-shaped installation that Zorio has created for this exhibition, in which UV lamps reveal phosphorous marks that change in colour and nature in response to their environment, strewn across a large structure.

In Voltaic Bow (1968), a strip of leather is combined with a copper rod that conducts electrical current, triggering sudden flashes of light and invoking the life cycle and the fragile boundary of the skin. The rod introduces a violent elemental energy into the equation – one that becomes abstracted out of context, and made visibly alluring despite its unsettling juxtaposition: an uncomfortable merging of the functional and the aesthetic.

Canoe Ladle (2013) is a new work by the artist, constructed in the gallery prior to the exhibition opening. Using a metal ladle, Zorio implies material transformation and the passage from one state to another, while the canoe represents a metaphorical journey, invoking notions of dreams and desires through the intersection of art with science, industry with nature, and past with future.

This exhibition provides a major insight into the evolution of Zorio’s practice, dramatically reinforcing the original impact of the artist’s work, as well as presenting an overview of how his ground-breaking visual language has developed throughout his career. Furthermore, it conveys a deep impression of the major influence that Arte Povera continues to maintain throughout contemporary art today.
www.blainsouthern.com