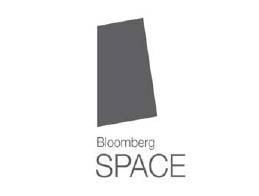 From painters trying to capture its effect, to sculptures using it as material, light has always been important to artists. Throughout the 20th century the manufactured light bulb and its derivatives have proved a source of inspiration and a subject for many artists.
Backdrop is an exhibition of work by eight international artists, all who use electric light, from domestic fixtures to computer controlled LED. Ranging from the experiential room sized installation to interactive work and illuminated sculpture made from mass produced items, they echo the spirit and experience of American light artist Dan Flavin’s work, while continuing to expand and experiment with a broad range and quality of illumination. Backdrop at Bloomberg Space runs alongside Dan Flavin: A Retrospective, sponsored by Bloomberg and shown at the Hayward Gallery.
In one of several works being made especially for the show, David Batchelor is making a huge chandelier for the internal atrium at Bloomberg’s European headquarters in London. The work, fashioned from 500 individually lit coloured plastic cleaning fluid containers, will hang down through the layers of space. Red, green and blue fluorescent tubes mix in Angela Bulloch’s ‘pixel boxes’ to generate 16 million colours that constantly change, combining references to film with minimalism. American artist Spencer Finch’s wall and ceiling installations use fluorescent tubes and filters to recreate the lighting conditions of specific times in particular places in the world. Belgian artist Ann Veronica Janssens is interested in the experience of light, both focused and dispersed. Her esmerising LED units both describe and hide their source, illuminating and blinding simultaneously. Danish artist Jeppe Hein’s No Presence (Red) (2005) is an enticing globe covered with a filigree of red neon that switches off as the viewer approaches. French artist Mathieu Mercier’s endless edition Untitled (Light Fixture) (1999) uses a number of mass produced Y-sockets and different sized bulbs to create a work that is as much a sculptural object as a source of illumination. Austrian artist Erwin Redl explores and describes space with strings and grids of coloured LEDs. Light Volume (1998) discreetly occupies a corner of Bloomberg Space with three short lines dotted with points of defused light. American artist
Leo Villareal’s Column (2004), an installation of 51 vertical computer controlled light tubes, creates an enveloping environment that pulses and changes colour, to saturate the room with an intense flow of luminescence.