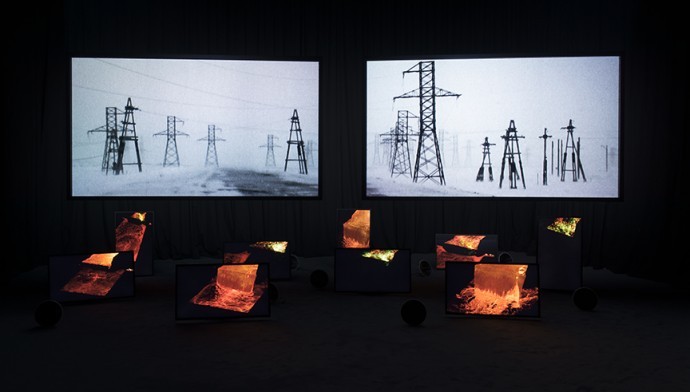 Bloomberg SPACE presents ‘In the Shadow of Words’ an exhibition by British artist Darren Almond. The exhibition features a multi-channel sound and video installation ‘Less than Zero’ and a train plate work also titled ‘In the Shadow of Words’. These works revisit Almond’s long-standing engagement with the development of the industrial age, its infrastructure, its consequences and its inherent effects on both our culture and physical landscape.