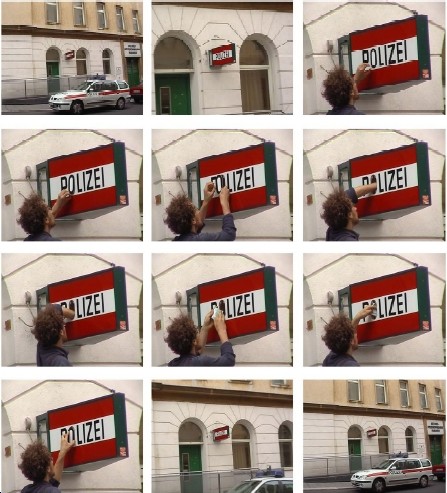 Starting with the notion of “positioning”, with the idea and principle of opposition, No, future, acknowledges the stance or attitude that a work or an artist might take in relation to their environment or circumstances. Some works mimic a pre-existing form in order to do this, others use the most immediate sources and materials, some exist as raw energy, close to their origins and incisive in their delivery. A work acting as an accurate reflection of a given habit, code or form can reveal it as affectation or formal vacuum and humour is often an important part of this dynamic, embodying a kind of intelligent aggression. This show deals with the subversive nature of all art making and demonstrates its essential energy. This is not to say that the work is issue based, or directly political or moral. On the contrary, it is often evasive and ambiguous, seeking a free space.
No, future was developed from an idea by David G. Torres in collaboration with Graham Gussin and Sacha Craddock. David G. Torres is an art critic and curator based in Barcelona.

“Thought is made in the mouth” – Tristan Tzara