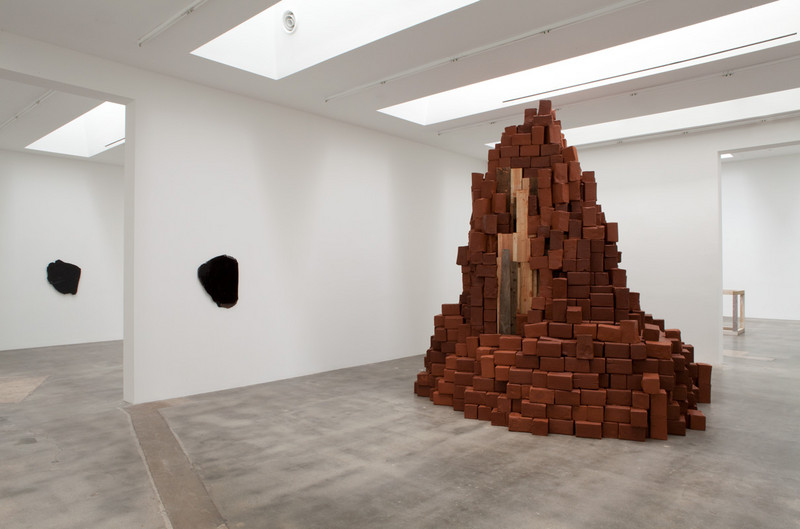 A series of large open cubes was first realized during her residency at Artpace in San Antonio, which Gallaccio constructed using locally sourced stone from Texas, including sandstone, limestone, and granite. A rich, varied sedimentary topography is demonstrated in the individual units of each cube, which corral open areas of space within a framing of multiple landscapes or mindscapes.

Debuting in this exhibition will be a mountain of clay cubes stacked high beyond the ceiling, balanced upon a framework of timber beams. Here Gallaccio builds a monument to her craft as a sculptor in a work that reprioritizes history, image, and artifice in favor of presence. Oftentimes her careful selection of unpredictable materials—soft clay in this instance—leads to unexpected results.

Gallaccio has sculpted a second new work for the exhibition consisting of obsidian mirrors that challenge one’s perception of the objects themselves. Obsidian, formed of lava from volcanic eruptions, has a glassy luster, which Gallaccio has polished into a reflective surface. Revered for its protective qualities in some cultures, Gallaccio transforms it into a highly seductive item.