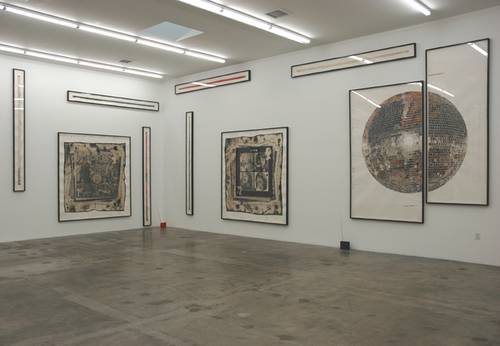 Poor, poor pitiful Paranthropus. The genus of hominin lost out to the Homo genus, and in evolution, “losing out” usually means becoming extinct. Which is what happened to Paranthropus, roughly a million years ago.

Paranthropus robustus and other members of the genus were small, with small brains, but they had large jaws and big, flat molars. Those features have led scientists to assume that Paranthropus had a specialized diet, largely of grasses (which they could chew much like cattle chew grass). This specialization, the thinking goes, led to their downfall: unlike Homo species, which dined on a variety of foods including fruits and nuts, P. robustus could not adapt when a drying climate made grasses less prevalent.

“There’s long been this idea that Paranthropus is a specialist, whereas Homo is a generalist, and that this was somehow crucial to surviving through climatic changes,” said Matt Sponheimer, an anthropologist at the University of Colorado at Boulder. “It’s a seductive idea, but there have been chinks in the armor.”

Now Dr. Sponheimer and colleagues present what may be the biggest chink of all. P. robustus, they report in Science, actually had a varied diet, eating grasses as well as fruits, nuts and leaves. The researchers used a laser to ablate small layers of enamel from the fossilized teeth of a 1.8-million-year-old P. robustus specimen. By analyzing the concentrations of carbon isotopes in the enamel they were able to determine whether P. robustus was eating grasses or the fruits and leaves of trees and bushes. Grasses use a different photosynthetic pathway than trees and bushes and have a higher concentration of carbon-13, which gets incorporated in animal tissue when the foods are eaten.

Dr. Sponheimer said they discovered that P. robustus’ diet varied seasonally, or at least between years, perhaps as drought made certain foods unavailable. The research shows that “just because the morphology is specialized for just one thing, that doesn’t mean it can’t do other things,” he said.

And what does this new scientific discovery have to do with ‘Piles & Globes, Likes & Loves’, Dave Muller’s installation of new work at Blum & Poe?

Much like Dr. Sponheimer’s laser using researchers or a Mittyesque chemist whose job is to separate a substance into its constituent elements to determine either its nature or its proportions and then state these findings, Muller extracts, studies and mixes seemingly disparate random bits into open ended yet cohesive wholes. Piero Scaruffi’s A History of Rock Music, a mathematical proof, the US Postal Service, his daughter’s favorites, a moment from a wedding, all gather to be considered.

Mingling these moments with an archive of over 90,000 songs and counting, the artist extracts from his mine, tosses it toward a disco ball, takes note of the reflections that gleam from the pile, lovingly sets them down on paper and then blasts the gallery walls with the results of his investigation.