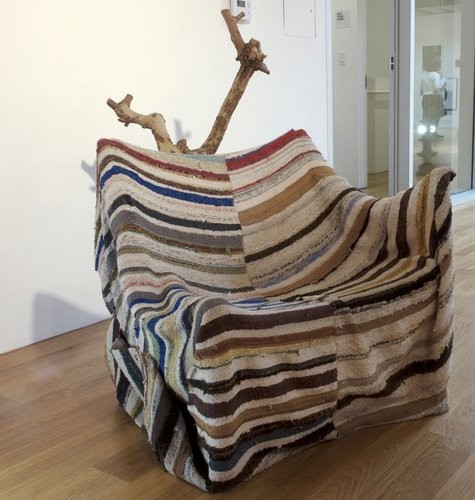 Inherent Vice feels more like a Classic Comics version of a Pynchon novel than like the thing itself. It reduces the byzantine complexities of “Gravity’s Rainbow” and “V.” — and their juxtapositions of nihilism and conspiracy-mongering, Dionysian chaos and Apollonian reason, anarchic freedom and the machinery of power — to a cartoonish face-off between an amiable pothead, whose “general policy was to try to be groovy about most everything,” and a bent law-enforcement system. Not surprisingly, the reader is encouraged, as one character observes, referring to George Herriman’s “Krazy Kat” comic strip, to “root for Ignatz.”

-- Michiko Kakutani, New York Times Book Review
Los Angeles isn’t what I thought it would be. I guess I don’t really remember now what I expected when I moved here six years ago. But I knew better than to believe the movies. Still, you can’t help but glean at least an idea of a place from what you see on the screen. That was my mistake. I’m an artist and I’m a surfer, so I should have remembered that, with only a handful of exceptions, Hollywood never gets artists or surfers right. Same thing with Los Angeles, they play it all wrong. Maybe that’s because Hollywood is now, and always has been, over-run with so many East Coasters. The hills are full of the Ivy League, come to Los Angeles to conquer it, or worse, to fix it. Problem is they don’t get it. They use a double standard. I was no better, I didn’t get it either. I thought Los Angeles would be swell. It wasn’t exactly that.

So how does Thomas Pynchon get it so right? He’s from Long Island and he went to Cornell. He did live here for six years. Maybe that was enough. Maybe he still lives here. Maybe he’ll come to my show. There is a lot of chatter about “Inherent Vice” being the first Pynchon novel to be turned into a Hollywood film, so perhaps he’s in the neighborhood. Probably not. I’m sure it’s all been handed over to a couple of screenwriters who are busy making it camera ready. They’ll get it wrong. Hollywood doesn’t do nostalgia very well either, and “Inherent Vice”, the story of a stoner gumshoe set in that 1970 moment just after the Spahn Ranch arrests, is nostalgia of the weirdest kind. A paranoid trek across our whacked-out city and a psychedelic lens through which we may view our current state of affairs, or maybe just a dark mirror reflecting the freeway haze, the offshore Santa Ana flow, and the summer sun. Either way, it’s a story that feels like the Los Angeles that I learned to love, the Los Angeles that Angelenos love, sprawling and unexpected, soft-focus and prone to disaster, an awesome endless bummer. ...Surf elsewhere.
www.blumandpoe.com