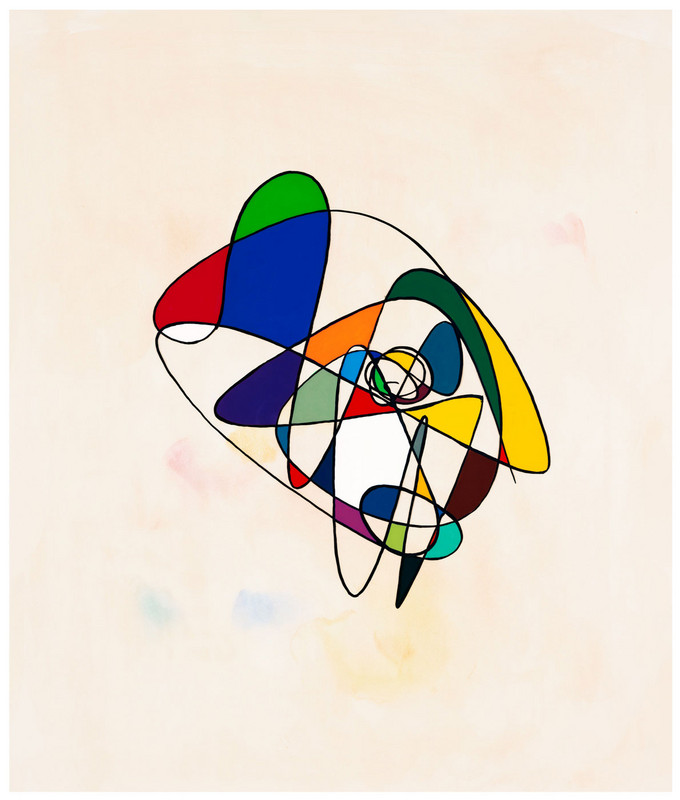 Blum & Poe is very pleased to announce an exhibition of new work by Cologne and Los Angeles based artist Florian Maier-Aichen. This is the artist's fourth solo-presentation with Blum & Poe and his first in the gallery's new space at 2727 S. La Cienega.

Maier-Aichen's defiant new works take aim at the characters of abstraction while expanding the photography of landscape. Their poetic nature and monumental status represent layers of media and processes, rendered in both the field and studio. Above all, the artist's practice of image making is a subversive one, fully cognizant that only in the commingling of genres can an original view emerge.

The images can originate from sources as varied as documentary or textbook photos to escapist landscape paintings. From there, the artist's visual vocabulary and broad technical repertoire take over. For Untitled, 2011, the photographic resonance is geographical: a heavily frequented postcard spot overlooking the Geiranger Fjord in Norway. The tricolor exposure serves as both an abstract counterpoint to the high realism of large format photography and an evolution of impressionist principles or offset printing. The artist's familiar framing of a maritime adventure is as much a self-aware reenactment of early pioneering as the amateur photographer's ascension to the famous outlook.

Revisiting the American West in Der Spaziergang (Red, White and Blue), 2011, Maier-Aichen borrows the desert landscapes of cartoon animator and director Chuck Jones to fully engage the spiraling relationship between painting and photography. Using transparent cels, acrylic and watercolor, the constructed scene is finally registered to film on a copy stand. The marriage of techniques, unique to traditional animation, is offset by the pronounced minimalist imagery of the circular form. Similarly, the painted triangular peaks of Österjön I, 2011 and Österjön II, 2011, rising out of the dark waters like an iceberg or the last portion of a fatally wounded hull, are suspended in an interchange of form and meaning. In Ennis House, 2011, the artist's drawn symbols gain playful buoyancy as balloons, or props liberated from a nearby film shoot. As their seemingly random orientation plots our gaze onto the Frank Lloyd Wright landmark, eclipsing Hollywood's hallmarks, we are reminded most of the artist's hand.

The exhibition is poised at a sea change, with the artist's hybrid works fully resolved into gestural and handmade pictures. The critical assertion is that the new works function interchangeably as fully readable and representational images.