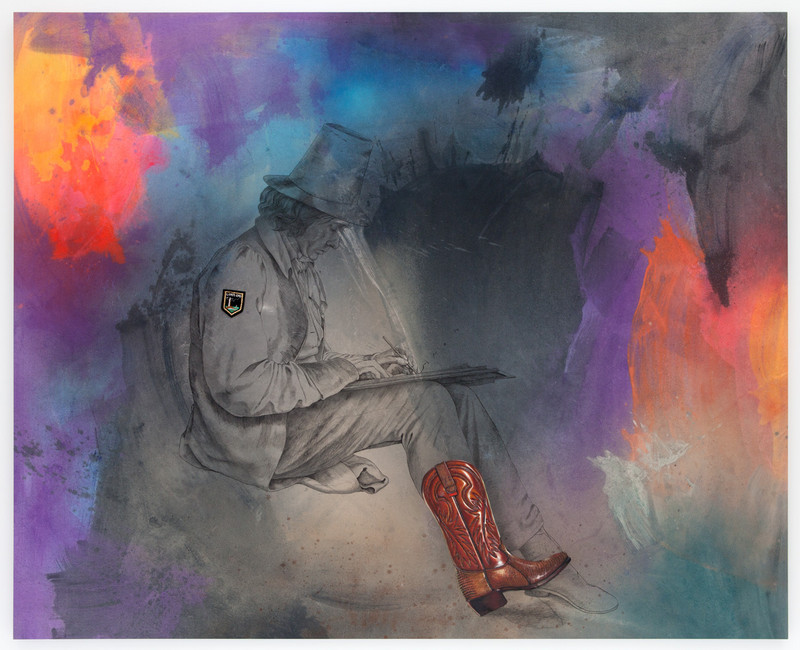 Blum & Poe is pleased to present Lacan's Haircut, Friedrich Kunath's fourth solo exhibition at the gallery. Anchored by a large body of new paintings, this immersive exhibition will also include sculpture, floor coverings, video and an accompanying book entitled "You Owe Me a Feeling" with text by David Berman.

Kunath continues his exploration of the oppositional and the inherent dichotomy in every state of being. His search is for the ever elusive nature of the grasp of understanding. Pulled from outside to inside, from light to dark, from the humble to the vainglorious to the elated and the dejected, and back again, Kunath's world begs for an embrace, begs to be embraced.

Kunath's new paintings offer even more ambitious equations, with single picture planes, including variables as diverse as history painting, still life, comic book imagery, commercial illustration, nature photography and lyrical references. These assemblages begin with a wash of color on thin fabric followed by subsequent layers of varying media, including India ink, silkscreen, lacquer, pencil, oil, acrylic and found objects. The combinations dissolve the constraints of time, genre and similar cardinal forces: a tan forearm thrusts the perfect spiral of a vanilla ice cream cone rendered in photorealist acrylic onto a wilted silkscreen of a Renaissance-era landscape. The resulting surfaces are not pictures as much as constellations of art historical movements, pop culture references and literary archetypes. With broad strokes, Kunath shepherds wayward and institutionalized forms into a more animated and exuberant present.

Friedrich Kunath was born in Chemnitz, Germany in 1974 and lives in Los Angeles. He has exhibited widely including solo exhibitions at the Aspen Art Museum, CO; Schinkel Pavillon, Berlin; Kunsthalle Baden-Baden; Kunstverein Hannover and the Hammer Museum, Los Angeles, CA. Group exhibitions include Human Nature, Los Angeles County Museum of Art; Life on Mars: the 55th Carnegie International, Pittsburgh and The World is Yours, Palazzo Grassi, Venice. A solo presentation at The Sprengel Museum, Hannover is forthcoming.
www.blumandpoe.com