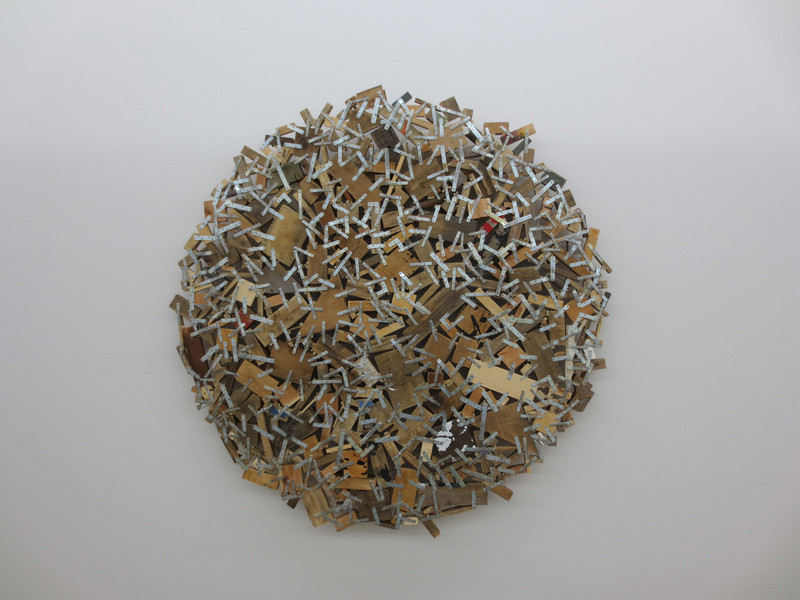 Blum & Poe is very pleased to present a fifty-year survey of Kishio Suga, one of the leading figures of Mono-ha (School of Things), a group of artists who radically redefined Japanese art during the late 1960s and early 1970s. This is Suga's first solo exhibition with the gallery and his first solo presentation in North America. It follows the enormous success of Requiem for the Sun: The Art of Mono-ha, an ambitious, museum-level survey curated by Mika Yoshitake, assistant curator at the Hirshhorn Museum and Sculpture Garden, at Blum & Poe in February.

The Mono-ha artists explored the encounter between natural and industrial materials, such as stone, steel plates, glass, light bulbs, cotton, sponge, paper, wood, wire, rope, leather, oil, and water, arranging them in mostly unaltered, ephemeral states. The works focus as much on the interdependency of these various elements and the surrounding space as on the materials themselves. Suga's ongoing investigation of "situation" and the "activation of existence" is a crucial aspect of this legacy. In Jokyoritsu (1971), the artist placed ten flat stones in a line on a twenty-meter-long pane of glass and floated it on the surface of a lake in Tokiwa Park, Ube City, Yamaguchi Prefecture. Many of Suga's works are characterized by these delicate but arresting visualizations of horizontality, suspension, and gravity.

In this exhibition—the first solo show at Blum & Poe to span both floors—the downstairs galleries feature Suga's large-scale installations from the 1970s and 1980s. Among them, two rooms are dedicated to site-specific works: Shachi Jokyo (1972), an array of small, flat stones supported by a single piece of wire that criss-crosses the room, and Tabunritsu (1975), a set of over thirty stones mounted on top of a transparent plastic sheet draped over concrete blocks.

In the upstairs gallery, Suga is presenting more recent installations, such as Ido no gensoku – A (1994), a tower of paraffin blocks on a steel plate, as well as a wide range of small wall-mounted assemblages. This display recreates the mood of the Itamuro Daikokuya Souko Museum, which was established in 2008 in Nasushiobara, Tochigi Prefecture, and is devoted to the artist's work. Also featured in this exhibition are videos of Suga's "activation" performances, revealing his spontaneous, intuitive approach to creating work in live settings.

In conjunction with Suga's solo exhibition, at 4:00 PM on November 3, there will be an event to celebrate the publication of the exhibition catalogue Requiem for the Sun: The Art of Mono-ha. This 244-page book is the most comprehensive study in English to date on Mono-ha, and features essays by curator Mika Yoshitake and critic Toshiaki Minemura, as well as key texts and a round-table discussion by the artists. Suga and Yoshitake will be present to sign copies of the book.

Kishio Suga was born in Morioka, Iwate Prefecture, in 1944, and currently lives and works in Ito, Shizuoka Prefecture. He received a BFA in oil painting at Tama Art University, Tokyo, in 1968. Since then, he has had numerous solo exhibitions in Japan, including at the Iwate Museum of Art, Morioka; the Yokohama Museum of Art; the Chiba City Museum of Art; the Hiroshima City Museum of Contemporary Art; and the Museum of Contemporary Art, Tokyo. His work has also been included in landmark surveys, such as Tokyo 1955–1970, Museum of Modern Art, New York, 2012; Reconsidering Mono-ha, National Museum of Art, Osaka, 2005; Japanese Art after 1945: Scream Against the Sky, held at Yokohama Museum of Art, Guggenheim Museum Soho, New York, and San Francisco Museum of Modern Art, 1994; Japon des Avant Gardes 1910–1970, Centre Georges Pompidou, Paris, 1986; and the 8e Biennale de Paris, held at the Musée d'Art Paris Moderne de la Ville de Paris and Musée National d'Art Moderne, Paris, 1973.
www.blumandpoe.com