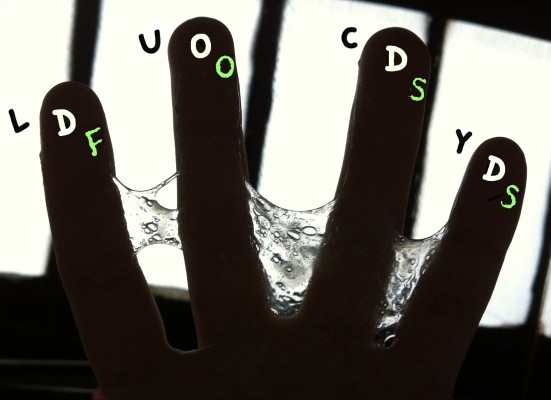 Blum & Poe is proud to present an exhibition with New York-based artist Lucy Dodd, whose work generates from a pre-existing realm of fable. In this case, the exhibition stems from the fable of the Foss plant, a collaborative project that dates back to Los Angeles circa 2004. Attempting to bring the project full circle, Dodd presents the culmination of the turbulent journey through time and space set inside the grumbly, rumbling Catfish studio, its' belly burping and bumping along the ocean floor through heat and sleet, though coup to calm, through leaks, bursts, filibusters and b-flat notes, a kidneys' need, a tickle in the throat... and the final upheaval of the roaring storm whose ochre radius swung down and pointed with pin prick precision straight to Catfish and with the last clap of thunder deafly pronounced: "THE FOSS GOES ON! IT DOES NOT END!" and the humbled Catfish who's eardrum rung skidded to a stop, bumped into bucket, gave its' final purge, rolled over into shavasana and mumbled, "oh yea, no shit...the foss is now the force."

The exhibition includes the water plant and eight new paintings, whose relationships are determined by a painted triangular key, as well as the above riddle.

"I just wanted to say a few things about the water plant. It is only a myth to me, but it seems more real than rain. I think the story goes that the water plant was saved by the goddess of Atnextopoo, who lived in the weeds just next to the freeway, just down from the gypsum weed. She was the one who told the catfish to trim his whiskers, but didn’t realize that that would have implications with aerodynamics and his ability to swim with the butterfly in his mouth. Well the water plant was vital to this fable because it was the link to the outside world. Everything on the under side was brown and murky, and all on top or outside was bright powdery green, fresh like a skin of a young cucumber." (Author of the Foss Fable)

Lucy Dodd (b. 1981) received her BFA from Art Center College of Design in 2004 and her MFA from Bard College in 2011. She has had solo exhibitions at No.5a, New York and Pro Choice, Vienna. In 2011, Dodd was part of Performa 11 in New York with Sergei Tcherepnin.
www.blumandpoe.com