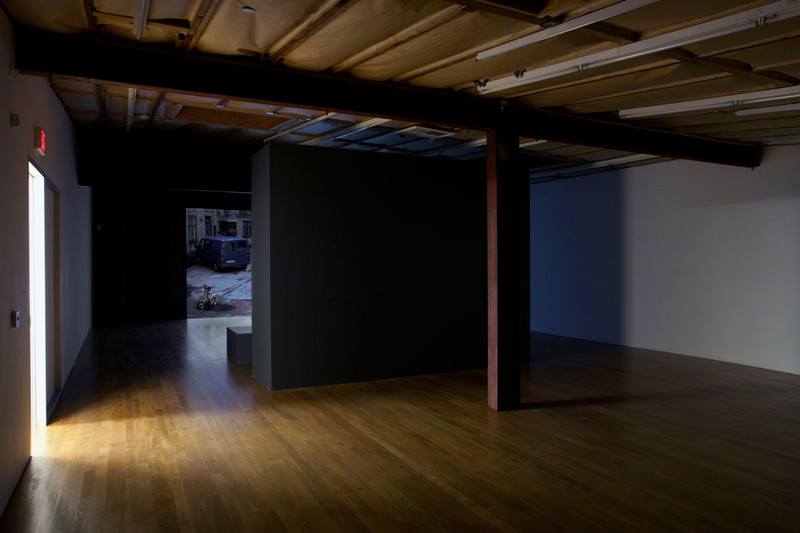 Blum & Poe is pleased to present the first US exhibition of Sharon Lockhart’s recent film Podwórka, marking the artist’s seventh solo-exhibition with the gallery. Podwórka takes as its unique setting six different courtyards in the city Łódź, Poland. Within these liminal urban spaces, the youth from the surrounding apartments engage in varying forms of everyday play.

As in much of Lockhart’s previous film-based work, Podwórka is shot with specific structural parameters, including a fixed lens and uninterrupted extended takes. For this presentation, Lockhart again collaborates with Los Angeles-based architects Frank Escher and Ravi GuneWardena to create an installation based on the architectural setting of the film’s six scenes. The courtyards featured in the film, which characterize the city’s design, provide a sanctuary from the traffic and commotion of the city. Unlike the over-determined playgrounds of America, the courtyards are still very much urban environments. A series of fleeting city-life interludes, Podwórka is both a study of a specific place and an evocation of the resourcefulness of childhood.

Podwórka was commissioned and first exhibited in 2009 for the Festival of Dialogue of Four Cultures in Łódź, Poland, curated by Adam Budak.

Lockhart’s exhibition Lunch Break will be on view at the San Francisco Museum of Modern Art in October of 2011 and will be the subject of a solo exhibition at the Espai d’Art Contemporani de Castello in Spain in January of 2012. Lockhart’s new five-channel film installation Noa Eshkol will debut at the Israel Museum in Jerusalem in December and will travel to the Los Angeles County Museum of Art in 2012.
www.blumandpoe.com