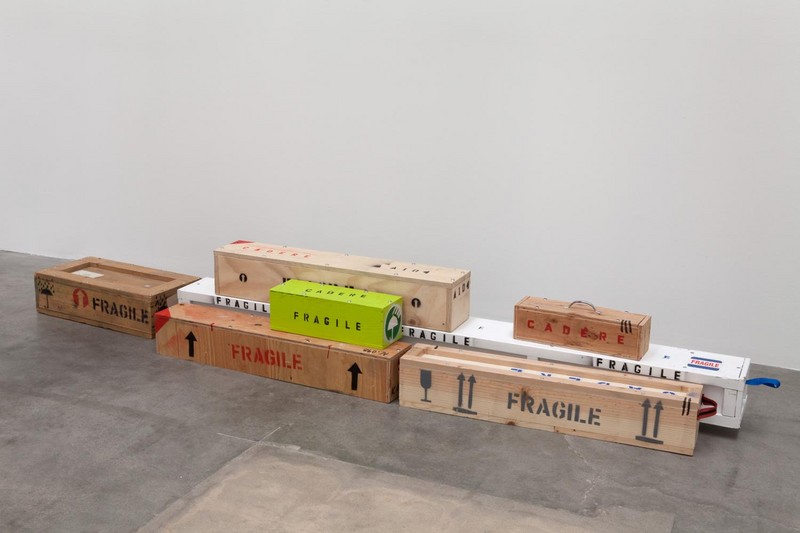 "When Blum & Poe first agreed to host a year's worth of TDW shows, I started a conversation with Brian Sharp at ROGERS about a show involving a gallery swap, sort of a version of Michael Asher's famous work from 1977 where Claire S. Copley Gallery traded shows with Morgan Thomas. Turns out that ROGERS was thinking of sharing a booth with Grice Bench at the Art Los Angeles Contemporary art fair. We all got to talking and decided that one set of three was better than two sets of two." - Dave Muller

Three Way Weekend will be held at three venues: Three Day Weekend at Blum & Poe in Los Angeles; ALAC Booth A7, at the Barker Hanger in Santa Monica; and ROGERS in Cypress Park.

Each gallery/artspace has created a show to exhibit.

Three Day Weekend will show Dave Muller's three replicas of the infamous Wrong Gallery from 2004. The Wrong Gallery was the smallest exhibition space in New York, located at 516A1/2 West 20th Street in Chelsea, opening in 2002 and closing in September 2005. Inside each gallery will be an installation by Brian Sharp, Dave Muller or Jon Pylypchuk.

Grice Bench will show paintings by Roger White as suggested/commissioned by Jacob Stewart-Halevy along with a video by Stewart-Halevy.

On Thursday, January 28th, Grice Bench, ROGERS, and Three Day Weekend will exhibit simultaneously at the ALAC booth from 7-9pm.

Starting Friday, January 29th each show will be exhibited in one of the spaces for a day (Fri, Sat or Sun). The exhibitions will rotate venues daily.