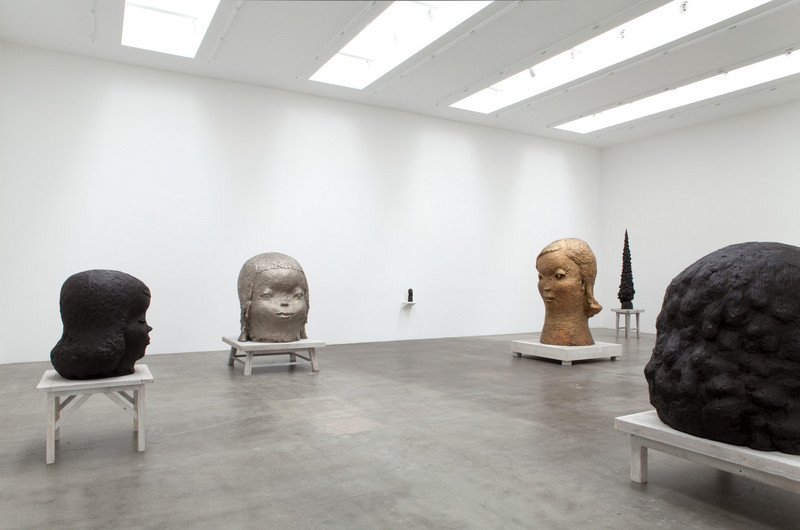 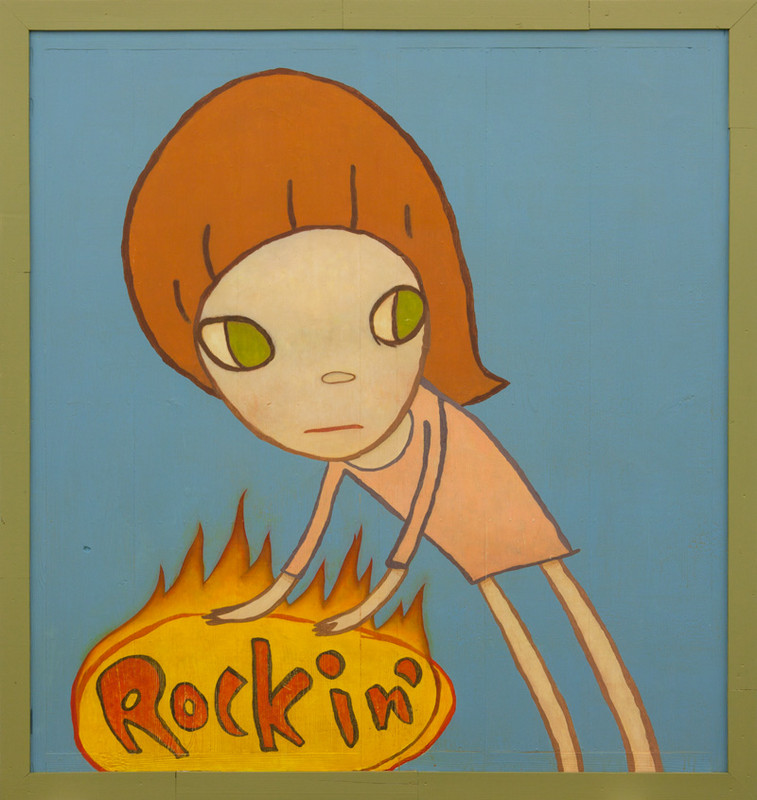 Blum & Poe is very pleased to announce a comprehensive solo exhibition by Japanese artist Yoshitomo Nara. The exhibition will be the artist's seventh with the gallery and will include a selection of new paintings, a series of large-scale bronze sculptures, and a survey of approximately two hundred drawings made over the last thirty years.

Nara's bronze sculptures, which represent a new medium for the artist, depict child-like heads, busts, and figures, elements that run throughout his career. The casts were produced from clay models he sculpted with his own hands, giving their surfaces a rough-hewn appearance. In addition, the gallery's outdoor sculpture garden will feature a fiberglass fountain, titled The Fountain of Life, consisting of a white teacup with stacked heads whose eyes appear to cry real tears.

A new series of paintings on canvas, rendered in an array of vivid colors, highlight Nara's lush, variegated brushwork and portrayals of human innocence. In contrast, a group of large-scale billboard paintings executed on repurposed wood contain characters steeped in rock and punk music. Also on exhibit will be new collages on panel, which layer sketches and drawings and provide a glimpse of how the artist's faces and portraits are developed.

The drawing survey comprises a small portion of Nara's prolific output of works on paper. Rendered in pencil, acrylic, and colored pencil, the artist draws on a variety of paper types, such as found envelopes, stationery, and inexpensive lined sheets. Fusing Japanese visual traditions, Western modernism, and elements of American pop and subculture, this discursive panorama of drawings reveals the artist's fine and purposeful draughtsmanship. In conjunction with the drawing survey, Blum & Poe will publish a catalogue with approximately 200 images and a bilingual essay by Masue Kato, professor at Rikkyo University, Tokyo.