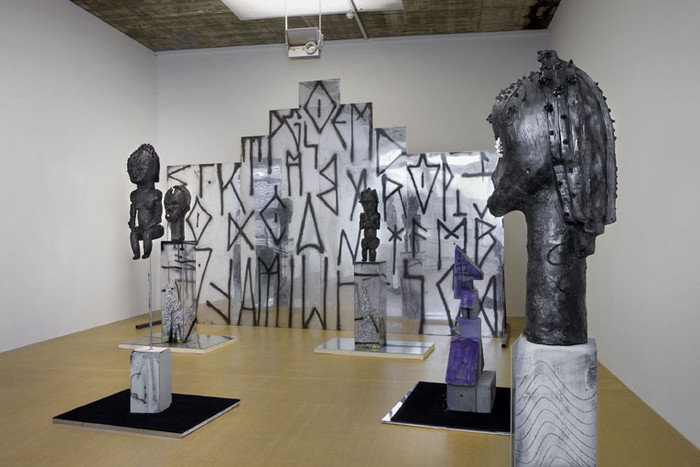 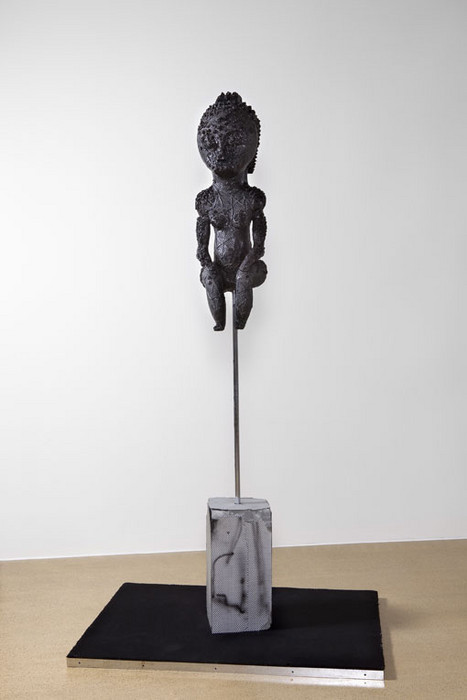 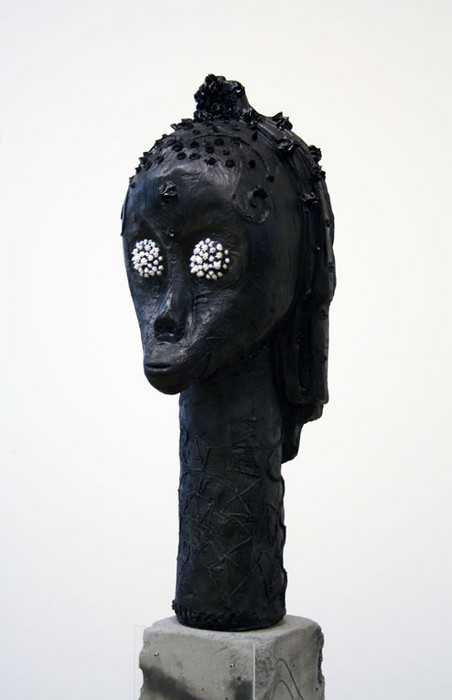 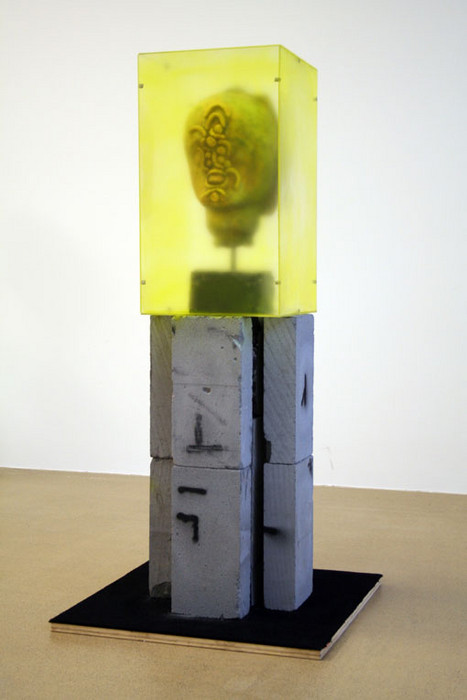 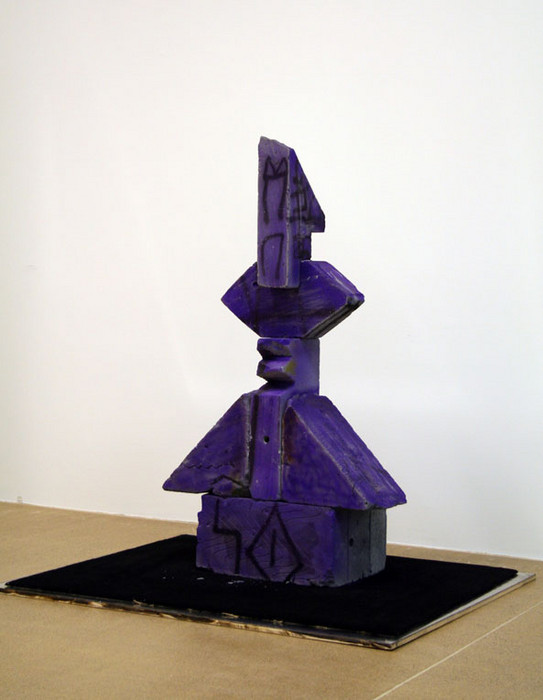 The London-based artist Edward Lipski (*1966) has already had his first appearance at our project space “Suzie Q” in 2007 and will now choreograph the Galerie Bob van Orsouw’s second exhibition room. One could very well assume that Lipski’s works aim to center on, and at times to satirize, the depictive typologies and interests of classical modernism.
His sculptures mostly stand on pedestals that, in turn, become an essential component of his works. For the most part, the pieces show human figures or animals. Viewing them, you are suddenly reminded of the modus operandi of primitivism. What primitivism’s representatives always admired about the objects of foreign cultures was their claim to authenticity, derived from their roots in rituals and ceremonies. Lipski’s works skillfully outsmart this authenticity analogy. The artist, by working with materials that do not allow any unambiguous allusion to a cultural origin or to a specific ethnicity, evokes perplexity in the viewer. Garish spray paint is mixed with ceramic materials while gold is deployed together with wax, so that astonishing assemblages come about. The sculptures’ configurations and the positions alone allow the public to speculate that they could very well be looking at statues of gods or fetish objects.
Via this creative procedure, Lipski alludes to the blend of cultures that, through increasing globalization, have lost their unique characteristics. He does not intone a swan’s song for lost cultures, as one could perhaps expect. On the contrary, his works—despite the gravity of their theme—come across with an eloquent nonchalance and an impudent lightness so that in Lipski’s works you also are sure to recognize the twinkle in the artist’s eye.