The Luxury of Dirt 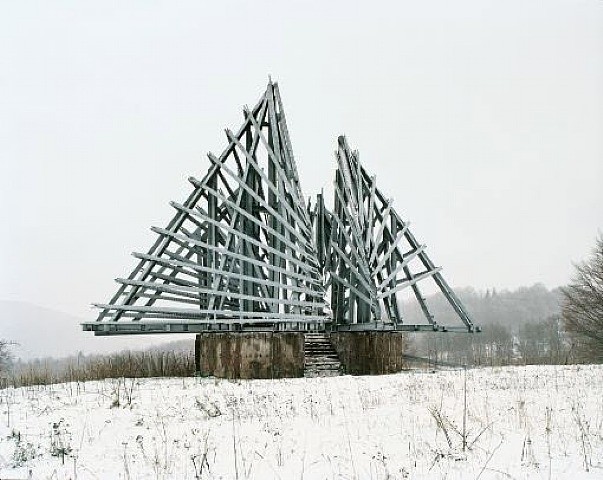 Galerie Bob van Orsouw is pleased to present The Luxury of Dirt, a twofold exhibition that, like the oxymoron in the title suggests, aims to investigate two radically opposite poles and the close relationship they occasionally entertain. The word ‘dirt’ is normally used to indicate squalor, contempt, corruption or scandal. ‘Luxury’, on the other hand, stands for something that provides pleasure and comfort and is, above all, not absolutely necessary. This is where things come full circle. While clearly problematic, the paradoxical coexistence of these two realities generates a liminal area of conflict, which this exhibition proposes to explore.

Conceptually and formally diverse, the work of the artists in The Luxury of Dirt walks along this fine line; issues such as the introduction of elements considered ‘dirty’ or ‘poor’ into an intellectual or aesthetic dimension, the re-contextualization of iconographic images and their transformation into social statements, and the involuntary elitism of symbols and objects designed to represent common well-being are addressed from different angles, while emphasizing a desire to investigate a particular condition by going through a deconstructive and reconstructive process.

Bani Abidi’s (*1971) series of inkjet prints, Intercommunication Devices (2008), captures the ambiguity of communication tools and their badly concealed status as an instrument of separation between public and private in a wealthy neighbourhood of her native Karachi. The surreal dimension of Armen Eloyan’s (*1966) canvases is depicted with overtly grotesque tones, and yet even in their loudest, dirtiest moments, they appear innocent and romantic in an unconventional way. Gelitin’s (Florian Reither, *1967 / Tobias Urban, *1967 / Wolfgang Gantner, *1970 / Ali Janka, *1971) One Is Too Much and a Hundred Are Not Enough (2010) takes a cue from Andy Warhol’s serial reproduction of Leonardo’s Mona Lisa in Thirty Are Better Than One (1963), and subject the enigmatic lady to a house-of-mirrors treatment, playing around with her features and her iconic status to create a gallery of multiple portraits that question the pristine beauty of the image as well as the blatant commercialization of art. Originally presented at the 53rd Venice Biennale, Aleksandra Mir’s (*1967) Venezia (All Places Contain All Others) (2009) makes a caustic comment on the tourism industry that dominates the Italian city with a set of exotic postcards that promotes the Lagoon area by picturing tropical and snow-covered places not at all connected to the city. Jan Kempenaers’s (*1968) photographs document the dark side of political propaganda and offer a depressing perspective on the current status of some of the most extreme examples of monumental architecture in the former Yugoslavia. Sarah Lucas’s (*1962) Pepsy & Cocky (2008) successfully appropriates basic materials like a chair and two stuffed half-figures and exploits their ambiguity through a series of photographs that embrace humour, visual puns and sexual metaphors. Katrina Moorhead’s (*1971) sculptures constitute another way of focusing on the apparently ordinary and converting it into something new, as the residue fireworks box and shells of Draumalandid, RedGreenBluePeony (2007) testifies. Finally, an exhibition called The Luxury of Dirt couldn’t fail to include Paul McCarthy (*1945), whose works, with their explosive mix of sex, food, Freudian symbols and popular culture, have deeply influenced generations of artists and are as relevant today as they were 40 years ago.