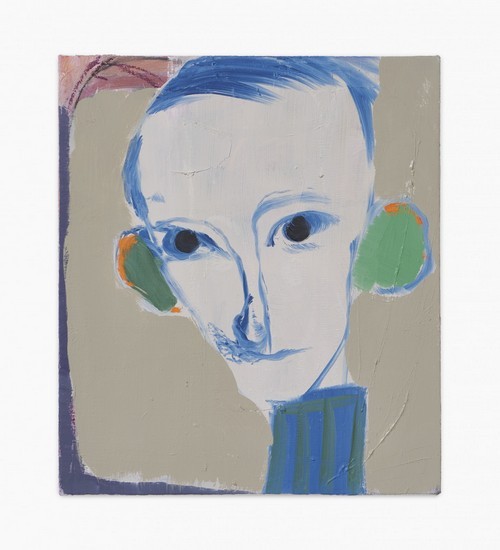 Bonner Kunstverein announces its annual sale of Jahresgaben with contributions from 18 artists including paintings, collage, sculpture, ceramics and limited edition prints. The sale launches with a preview and dinner in honour of the participating artists followed by a special weekend programme of talks by local artists, curators, collectors and critics.

The selection includes paintings by Sophie von Hellermann (b. 1975, Munich), Melissa Logan (b. 1970, New York), Sanya Kantarovsky (b. 1982, Moscow), Jana Schröder (b. 1983, Brilon) and Lesley Vance (b. 1977, Milwaukee). Other unique works include a collaged screen print on linen by David Noonan (b. 1969, Ballarat) and a framed collage by Christopher Williams (b. 1956, Los Angeles). New editioned prints specially produced for the Kunstverein include a screen print on paper edition by Simon Denny (b. 1982, Auckland), a photographic print by Jochen Lempert (b. 1958, Moers) and a screen print on fabric by Nick Relph (b. 1979, London). Tom Humphreys (b. 1972, Essex) has produced a series of 15 unique works that use readymade ceramic plates as a basis for abstract compositions that are collaged with photographic images and painted with ceramic glazes. Wim T. Schippers (b. 1942, Groningen) – whose exhibition at the Kunstverein continues until 13th November – has made a series of 5 small sculptural assemblages and 9 collages. Claus Richter (b. 1971, Lippstadt) has produced a series of sculptures in the form of small wooden toys, Lynn Hershman Leeson (b. 1941, Cleveland) has donated a photograph from her ‘Phantom Limbs’ series and from Amanda Ross-Ho (b.1975, Chicago) we have a sculpture in the form of an oversized pair of trousers.

Over 40 percent of this year’s contributing artists live in the region of North Rhine Westphalia and the selection includes a work from Matthias Wörner (b. 1979, Ellwangen) from Bonner Kunstverein’s Atelierhaus. Our 2015 Peter Mertes Stipendiat Phung-Tien Phan (b. 1983, Essen) has also produced a limited edition shirt printed with the words ‘INTERNS NEEDED Graphics PR Design Web’. Studio for Propositional Cinema (founded 2013, Düsseldorf), the other recipient of our 2015 stipendium, have donated a series of printing plates produced for the exhibition at the Kunstverein earlier this year.
www.bonner-kunstverein.de