Camshafts in the Rain 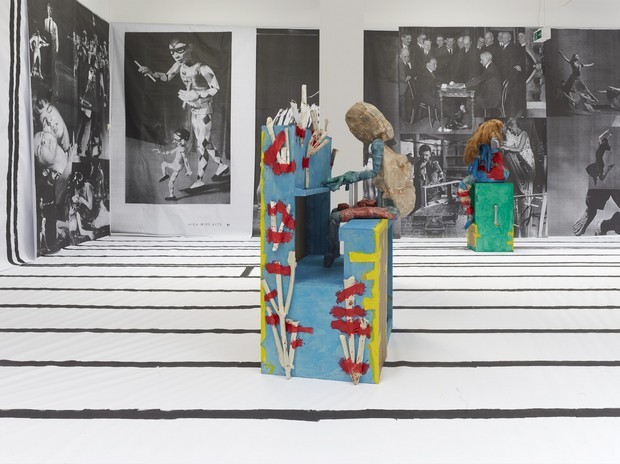 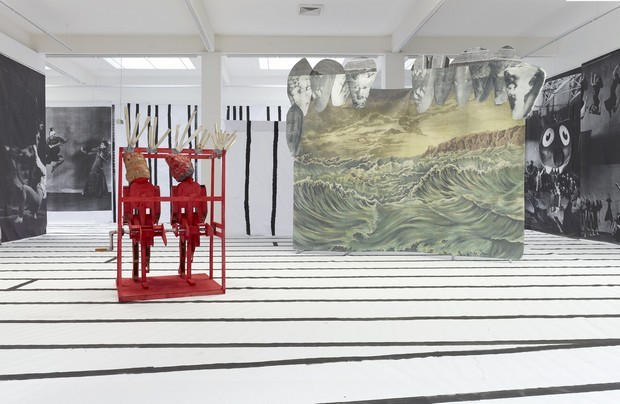 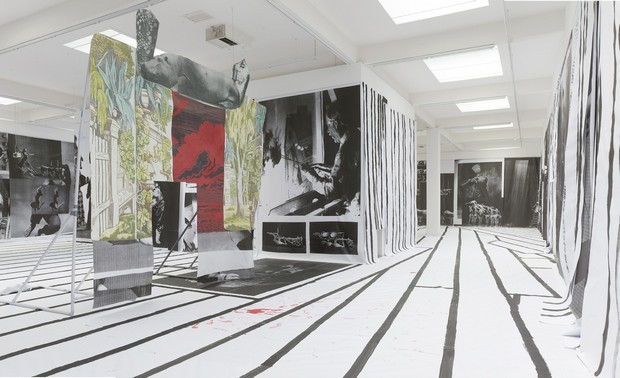 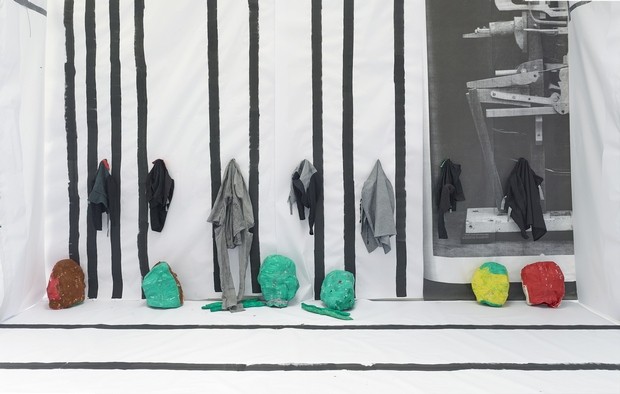 ‘Camshafts in the Rain’ is a new work that draws upon the history of automata and the use of clockwork mechanisms to animate public space. Chetwynd’s exhibition will see the gallery collaged with photocopied imagery to resemble a scaled-up version of the miniature paper theatres that were popular amongst children in the 19th century. Conceived as a ‘loop of continuous action’, Chetwynd’s installation will place visitors inside the performance space. Visitors will encounter a succession of paper proscenium arches and a series of ‘automaton’ – sculptures that will also feature in the performances scheduled during the exhibition.

Chetwynd’s new performance will combine live action, music and puppetry and is developed in reference to a broad range of cinematic sources including Jan Svankmajer’s Punch and Judy (1966) and the biorobotic characters that feature in science fiction films such as ‘The Stepford Wives’ (1975) and ‘Blade Runner’ (1982). Other references include Jean Cocteau’s film ‘La Belle et la Bête’ (1946) and the choreography of mechanical dolls in Michael Powell and Emeric Pressburger’s ‘Tales of Hoffman’(1951) and Federico Fellini’s ‘Casanova’ (1976).

This is Chetwynd’s first solo exhibition in a public institution in Germany.

The exhibition is generously supported by Kunststiftung NRW with additional support from Sadie Coles HQ, London. It will be accompanied by a major new publication on her work.