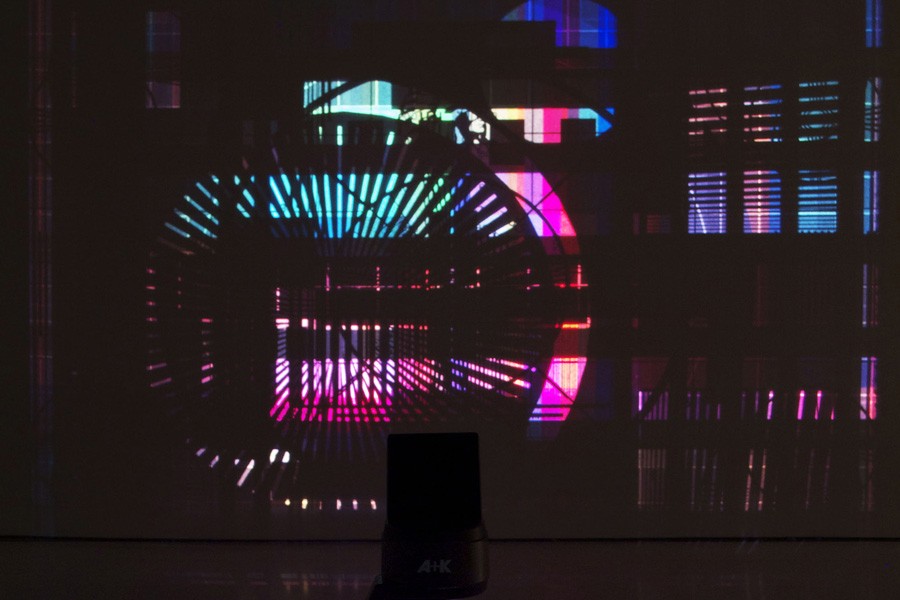 The season ends in the traditional manner with our regular exhibition of works by recipients of grants from the Maria Bonnier Dahlin Foundation.

Painting functions like language for Paul Fägerskiöld. Separate paintings connect into others, creating series which in turn can be combined with other series. At every step along the way, new meaning is created, in much the same way that words create phrases when they are placed together, and those phrases in turn develop into complete sentences. Fagerskiöld’s paintings maintain a direct dialogue with paintings from previous generations, as well as with symbols and text from contemporary popular culture and political reality. In the Konsthall exhibition, paintings from a number of series – including references to flags, pop art, Yves Klein’s use of clean colours, symbolists from the 1890s, loaded political symbols from more recent history, sketches and miscellaneous ‘found’ messages.

Paul Fägerskiöld is a coloured cloud, draped in a flag that no longer exists. His paintings – immortal paintings – hang on top of one another, care for one another, keep an eye on one another. Two times two becomes thirty-four, seventeen times twenty-four – at any rate, Paul Fägerskiöld’s paintings become much larger than the canvases on which they are painted. They crowd the room like fragments of a broken mirror – no fragment wishes to reflect the entire room, but the splintered swarm of fragments methodically set to work on the painting space.

Jenny Yurshansky’s works depict politically charged subjects while simultaneously addressing the viewer’s corporal and sensual experience. Yurshansky employs a reduced idiom as if she wishes to sharpen the viewer’s perception by erasing and removing rather than turning up the volume. In Projection (I Have A Dream), she reproduces Martin Luther King, Jr’s historic speech on a poster whose message is only hinted at by the remaining dots. In This Is Only A Test, the normative and the correct lose their function when 13 different colour tests, used to calibrate computer and television screens according to prevailing standards, are projected on top of one another. In Forever Yours, an intimate greeting is transformed into a standardised phrase which every visitor takes home with them.

In the beginning of September, work began on selecting recipients for this year’s grants from the Maria Bonnier Dahlin Foundation out of the several hundred applicant artists under 35. The grant recipients, who will be awarded 75,000 Swedish crowns each, will be announced on 18 November. The 2010 grant recipients will be chosen by The Board of the Maria Bonnier Dahlin Foundation along with a guest jury including Jo Widoff, assistant curator at Moderna Museet, and Theodor Ringborg, freelance curator.

The Maria Bonnier Dahlin Foundation awards an annual grant for the support of young Swedish visual artists and artistic work. The Foundation was founded in 1985 by Jeanette Bonnier in memory of her daughter Maria. Bonniers Konsthall’s inaugural exhibition in autumn 2006 presented all previous grant recipients. Since its inception, 63 artists have been awarded grants by the Foundation, including Cecilia Edefalk, Karin Mamma Andersson, Jacob Dahlgren and Gunnel Wåhlstrand.