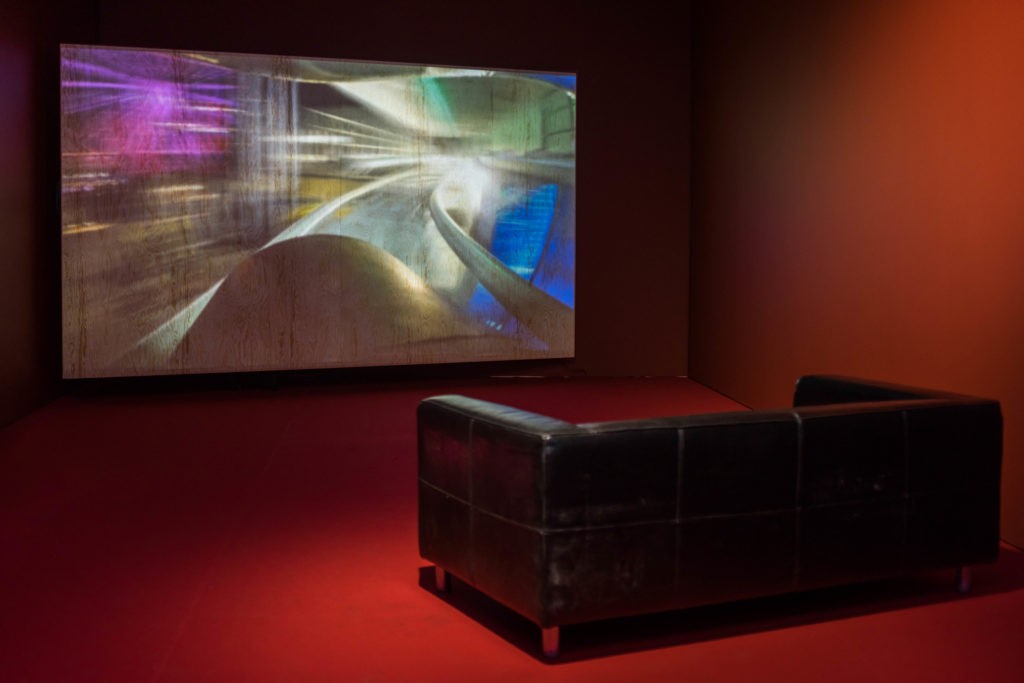 The group exhibition Insomnia discusses sleeplessness as a cultural symptom. It brings together a group of contemporary artists – Carsten Höller, Katarina Löfström, Julia Feyrer & Tamara Henderson, Kate Cooper, Leif Elggren and Rafaël Rozendaal – and a selection of historical works. The artists set the stage for states of sleep and wakefulness, rest and activity, dream-filled absence and constant accessibility, and the works keep Bonniers Konsthall active around the clock.

The eight hours that we now associate with sound sleep and health is quite a new phenomenon in human history. Before, just as many animals do, man slept in sync with the shifts of seasons and daylight, and often in two segments. People even spoke of the first and the second sleep. The time in between them, which came in the middle of the night and could vary between one and several hours, was a period of wakefulness in which people ate, had sex or worked. These sleepless night hours could also bear with them a particular sense of creativity.

Cultural shifts in sleeping habits go together with changes in our ways of living, and developments in technology have disconnected us from the natural variations in light. The possibility of direct communication at any geographical distance has shattered the 24-hour rhythm of the time zones. We can stay awake, stay productive – and keep consuming – regardless of what time of day it is or where we are. The possibility of withdrawing has become a privilege of the few, or an outright act of artistic resistance. The exhibition Insomnia draws a map of the mental and cultural state that this constant accessibility creates.

Carsten Höller’s Two Roaming Beds (Grey) will allow for visitors to spend the night at the museum, slowly drifting through the exhibition and different dream states. Julia Feyrer & Tamara Henderson’s works are manifestations of excursions into different modes of consciousness, while Katarina Löfström explores the limits of consciousness and losing control. Leif Elggren lets the visitor eavesdrop, curled up like a child under Freud’s iconic sofa. Kate Cooper’s animations touches on questions about image, representation and labour in the digital age, while Rafaël Rozendaal’s 15 websites play on the idea of the ever active, always accessible. Rozendaal’s works will also take over Bonniers Konsthall’s website, and be displayed on commercial billboards in the city. These contemporary artists meet key works by Mladen Stilinović, Maya Deren and Andy Warhol illustrating how sleep, wakefulness and other states of consciousness have been manifested through art history.

Insomnia is accompanied by an extensive programme of lectures and performances. A publication is also published on the occasion of the exhibition, with new material as well as key texts related to insomnia as a social and cultural metaphor. With contributions from Martin Herbert, Jonathan Crary, Siri Hustvedt, Raqs Media Collective and Sara Arrhenius among others, the book is the first in Bonniers Konsthall’s new publication series, created in collaboration with Art & Theory Publishing.