Now I Am Quietly Waiting For The Catastrophe Of My Personality To Seem Beautiful Again, and Interesting, and Modern 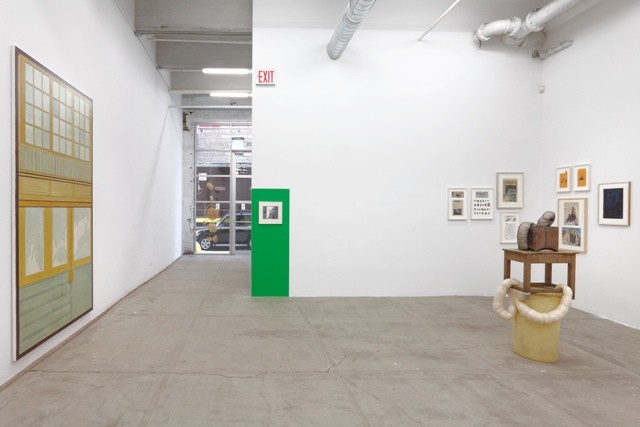 
NEW YORK, NY – Bortolami Gallery is pleased to announce now I am quietly waiting for the catastrophe of my personality to seem beautiful again, and interesting, and modern, a group exhibition curated by artist Tom Burr. This exhibition will mark the first occasion that Burr takes on the role of curator. It will include work by Kaucyila Brooke, Jean Cocteau, Dan Graham, Ull Hohn, Hilary Lloyd, Sarah Lucas, Gordon Matta-Clark, Lucy McKenzie, Ken Okiishi, Elizabeth Peyton, Josephine Pryde, Mary Simpson, Dash Snow, J. St. Bernard, Charline von Heyl and Emily Wardill. The exhibition runs from September 14th to October 27th, 2012, with a reception for the artists on September 14th from 6 to 8pm.

The title is taken from Frank O’Hara’s poem “Mayakovsky,” in which O’Hara references Russian poet Vladimir Mayakovsky and suggests that the self is dependent on who we surround ourselves with, reflecting the multiplicity and fluidity of identity and authorship. In the exhibition Burr examines how personality takes on “an external form, an otherness,” and how this extension of oneself develops a fortuitous narrative. As O’Hara invoked Mayakovsky and other artists in his poems, Burr selected the artists in this show based on his own connection to them and to their artwork.

For both O’Hara and Burr identity becomes an indeterminate product of interaction with others, and a contingency of relation. The artists’ connections and shared experiences relate to Burr’s interest in the external forces that shape our identity and the autobiographical and corporeal nature of objects. Thus all the artists in the exhibition are connected, sometimes it is a literal connection like a shared studio wall – Ull Hohn shared a wall with Burr during their time in The Whitney Museum’s studio program in 1988 and Burr now listens to Charline Von Heyl paint through their shared dividing wall. The connection can also be emotional, as is the case with Elizabeth Peyton, an old classmate of Burr’s whose subjects over the years have included many of his intimates. Other connections are best described as tangential for Burr in which social and narrative functions of the persona yield “traces, imprints and remains, and objects that have been located and then located again,” said Burr.
www.bortolamigallery.com