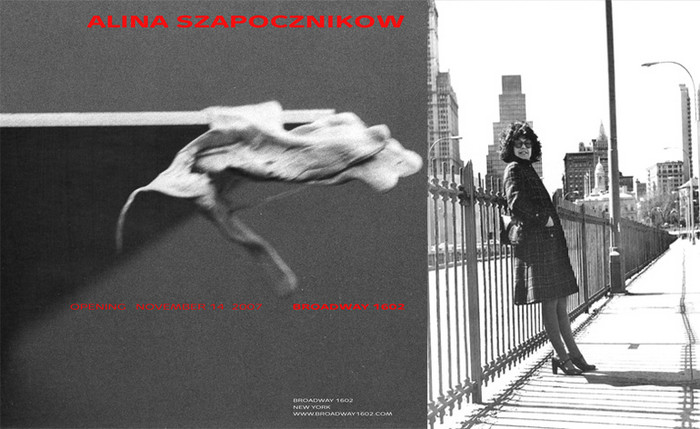 Alina Szapocznikow (*1926 - 1973) held a unique position in the post-war European avant-garde: in the 1960s Szapocznikow was one of the first female artists to experiment with polyester, which she used to cast parts of her face and body to montage into grotesque and sexually charged assemblages. Szapocznikow created an entire body of drawings and sculptures by way of an unseen fusion between a late dark Surrealism and the bright and provocative side of Pop Art.

After spending several years of studies and exchanges between Prague, Paris and Warsaw, Szapocznikow finally moved to France in 1963, where she came into a close relationship with members of the movement of the Nouveaux Réalistes and with Marcel Duchamp who promoted her work in the States. This show gives retrospective insight into an oeuvre that spans the period from the late 1940s to the early 1970s, linking Szapocznikow‘s drawings and sculptures in conceptual ways.

From early on Szapocznikow accompanied her sculptural work with a wide range of drawings and monotypes, experimenting with abstract and figurative forms of expression.

A great number of these delicate works on paper are sketches and studies for future sculptures and public projects, some of which were unrealized because of her untimely death in 1973.

The group of drawings presented at BROADWAY 1602 starts with classic but unusually intimate studies of Workers from about 1948 to 1954, leading to Szapocznikow‘s participation in public commissions for sculpures in the late Stalinist time. The presentation continues with formalist experiments from the late 1950s and 1960s in a style at the time associated at the time with ‚organic abstraction‘. In the mid-1960s Szapocznikow moved on to a radical figuration and new methods of assemblage in studies for her genuine sculptures such as “The Goldfinger“ (1965) and “Journey“ (1967).

The core of the New York presentation is a group of sculptures ranging from the intensely colored “Desserts“ (1970-71) to the white nude figurines of “Fiancée Folle“ (Mad Fiancée) and “Fiancée Folle Mariée“ (Mad Fiancée Married) of the same year. Both groups of polyester pieces expose and fragment the female body in provocative and humorous ways as items ready to consume and to play with.

In the late 1960s Szapocznikow participated in neo-avantgarde concepts such as ‚the democratization of art‘. Characteristic works of this period like her joyful “Lampes – Bouche“ (Lip Lamps), 1966, and the polyurethane casts “Ventre-Coussin“ (Belly-Cushions), 1968, were actually prototypes for a design intended for mass production, pieces of art available to everybody and for daily use. In the early 1970s Szapocznikow moved on from high finished sculptural works to process oriented and conceptual pieces. Two works on show are representative of this period. In “Photosculpture“* from 1971 Szapocznikow used serial b&w photography to present 20 variations of chewing gum formed in her mouth to a sculpture. In a poetic prose prefacing the piece Szapocznikow wrote:
www.broadway1602.com