Germany is Your America 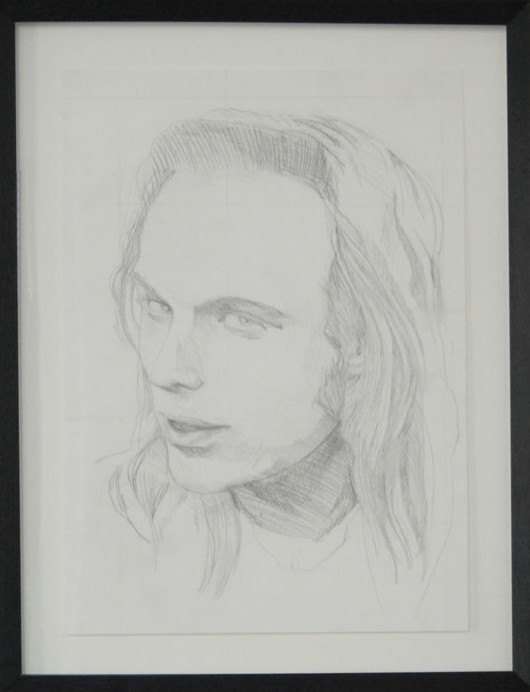 This exhibition is based on a dream that I had some years ago, and which subsequently inspired a series of essays written for BBC Radio. In my dream I was visited by the musician and conceptual thinker Brian Eno, who informed me solely and with great purpose, 'Germany Is Your America'. Pursuing this pronouncement on waking, I became interested in both the cultural exchange between Germany and America, and, more specifically, a modern cosmology of German romanticism – regarded perhaps as a reflection in the thinking and creativity of both visitors to Germany and exiles from it. In this, the sensibility of the forthcoming exhibition is closer to a prose poem than an intellectual thesis.
Art historically, Joseph Beuys's action 'I Like America and America Likes Me' (1974) as much as the work made in America by George Grosz might also describe the terrain I would like to explore. Further useful short-hand for my thinking, in terms of cultural history, would be to liken the literary tourism to Berlin and Hamburg of the English writers W. H. Auden, Stephen Spender and Christopher Isherwood, in the 1920s, to the heavily mythologized residence in Berlin during the latter half of the 1970s of David Bowie, Iggy Pop and Eno himself. In Germany, both Bowie and Pop would renew and advance their musical creativity, harnessing a cultural tension that was as romantic as it was desperate. And to this there were precursors.
Writing in his autobiography 'World Within World', Sir Stephen Spender describes a party that he attended in Hamburg in 1929. As a young English student, from Oxford University, his hosts and fellow guests appeared to be the sophisticated members of a glamorous cult known as 'Modernism', the tenets of which shaped everything about them, from their appearance to their sexual attitudes. At one point during the party, the host projected a film of the previous week's party on to the wall – the same guests, watching film of themselves embracing, in the same room, participating in a kind of bored yet nervous ritual of repetition. It was a scenario that Warhol would repeat, thirty-five years later, in New York. Later, Spender would tellingly write that he and his fellow literary tourists looked to Germany "as a cure for our personal problems".
In this, 'Germany Is Your America' is an exhibition which explores phantasms of a heightened cultural identity, while also describing an aesthetic and historical arc between modernism and post-modernism, American glamour and European intellectualism, and vice versa.