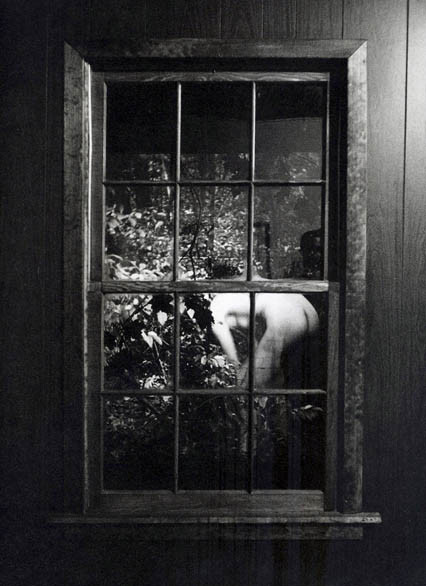 Robert Whitman has been a pioneer and central protagonist of New York's 1960s new art movements. Today, his work, ideas and methodology can be seen to have a far-reaching impact on contemporary practice in the New York and broader international art scene. His performances and installations are exceptional fixed points within the collective aesthetic memory of the last four decades of U.S. art practice - thus giving his work a near meta- historical perspective of reception. Vitally, having been at the core of the radical movements of his early days, Whitman's work might be regarded today as an allegory of art making itself.

Whitman's work laid out foundational concepts for multimedia performance and installation. His seminal performances such as The American Moon (1960), Flower (1963), Nighttime Sky (1965), Prune Flat (1965) and Light Touch (1976) were aiming at a total environment, created by deliberately 'poor' props and stage settings that were brought to high illusionary effect while never concealing their true nature. Whitman's props bordered on debris; they represented the inversions of an outside reality and celebrated the ephemeral and the eccentric.
The film image became a central protagonist within a Whitman performance, or the essential core of an installation. The synaesthesia of a Whitman performance was aiming at the creation of an image.

This "pictorial theater" hovers between spectacles of the realism of mundane activities, painting's allegorical repertoire and a deconstructed Pop-cultural suspense of cinematic narration. This consummate visual fusion is one of the outstanding creations in Robert Whitman's work. It keeps the viewer in a state of

constant engagement, as her or his mind can never settle in one of these impulses alone, but rather negotiates emotionally and intellectually one with the other.

In this sense Whitman creates a new category of image production and a new form of aesthetic stimulation – and thereby experience. He realizes this effect by engaging all the radical possibilities of neo-avant-garde art making, but pushing it towards a queen discipline: image creation in the form of a total aesthetic experience. The image is sent on a trip through various changing dimensions before it can become image again, and even then its status is of illusionary stability.

"I conceive of each piece as one image, and by the end of the piece the image is revealed through exposure of its different aspects. It is a non-verbal theater, using a vocabulary of space, rhythm, scale, and formal plastic elements that communicate the image without words. I think of doing the piece is revealing the image." (Robert Whitman)

Between 1963-64 Robert Whitman created a series of installations titled Cinema Pieces based on everyday objects such as a shower, cabin, or make-up table, and centered on an intimate mundane human activity such as bathing, undressing, watching, and such. The activity itself was first filmed on 16mm film and then placed inside of the object as a projection - thus creating a trompe-l'oeil effect of someone 'using' the object and performing the daily task. Window was the first piece of the series, followed by Dining Room Table, Shower, Dressing Table, Garbage Bag and Bathroom Sink. Only Toilet and Bathtub did not have a filmic core but the spectacle-enhancing element of colored and flowing water 'performing' the object's daily purpose.

In our first project with Robert Whitman at BROADWAY 1602 we present Window (1963) restored in its original form - one of the artist's most spectacular early film installations. The visual logic of Window is a restricted and directed view through a window sitting in a paneled wall. Outside (or inside) the illusionary room one sees through the window a 16mm film projection loop of a woman disrobing and cavorting in the woods. Branches and foliage frame the film and extend the filmic core image towards the reality of the locked-out viewer.

Window interestingly predates Marcel Duchamp Étant donnés with its voyeuristic spatial dynamic and intimate sexualized subject matter. Yet, there are important distinctions between these two seminal pieces. Instead of the fetishistic arrested and 'offered' female torso in Duchamp's work, the female model in Whitman's film, Mimi Stark, is her own agent of performance and her acting mundane and playful, pretending to be unobserved and without dramatic conclusion, - a crimeless scene without victim -, while the whole action is clearly staged. The performer undresses in a way that the erotic implication is almost neutralized. Again the Whitman-effect of pictorial ambivalence between art and reality, the cinematic and the sculptural object is kept in perfect yet unsettling balance.

As a co-founder of 'Experiments in Art and Technology' (E.A.T.) in 1966 with Robert Rauschenberg, and engineers Billy Klüver and Fred Waldhauer, Whitman pursued an interest in exploring multi disciplinary practice with the additional impact of new technologies such as fibre optics, optics of large mirrors, lasers and powerful light sources. Yet, Whitman never acquiesced to a one-dimensional positivist embrace of technological innovations. He rather stripped down potential progressive and industrial implications and used the new means for digressive poetic and profane ends with intense aesthetic effect. For E.A.T.'s legendary 9 Evenings: Theatre & Engineering in 1966 Whitman created the monumental piece Two Holes of Water:

"Seven cars, carrying film and television projectors, drove out onto the Armory floor and parked facing the back wall that was covered with white paper. On the balcony, television cameras shot performances: two girls moving slowly in front of a curved mirror, a girl typing, a small fiber optic camera inside a coat pocket. Whitman fed images of these live performances and off-air television images to the television projectors in the cars. He also cued the drivers to turn on the films of nature – penguins and eagles, etc. – and films of a nude woman he had shot earlier."

In 1987 Ulf Linde, a Swedish Duchamp scholar, asked Whitman to take his place at the international symposium at the Philadelphia Museum of Art that accompanied the exhibition "A propos of Marcel Duchamp", commemorating the 100th anniversary of Duchamp's birth. Whitman presented Inside Out, a theater piece that used sound, projection, and live performers to give visual, theatrical form to ideas derived from his conversations with Linde, who had become friends with Duchamp when he produced the first authorized copy of The Large Glass for Moderna Museet and then went on to make authorized replicas of all Duchamp's major works.

Inside Out will be presented during the Opening reception of the show on January 19th. A second staging of the performance during the run of the exhibition will be filmed by Babette Mangolte, who photographed Robert Whitman's performance "Light Touch" in 1976.

Our special thanks goes to Julie Martin, a longtime collaborator and friend of Robert Whitman, who initiated and supported the realization of this project with outstanding commitment.

We also would like to thank the William and Noma Copley Foundation for the loan of the Cinema Piece Garbage Bag (1964) and Pace Gallery for their collaboration. We thank Babette Mangolte for her creative input, as well as the performers of Inside Out Hedi Sorger and Andrew Szobody.

And most of all we thank Robert Whitman for his special engagement with this project, revisiting his works from the 1960s and 80s within the contemporary context and perspective.
www.broadway1602.com