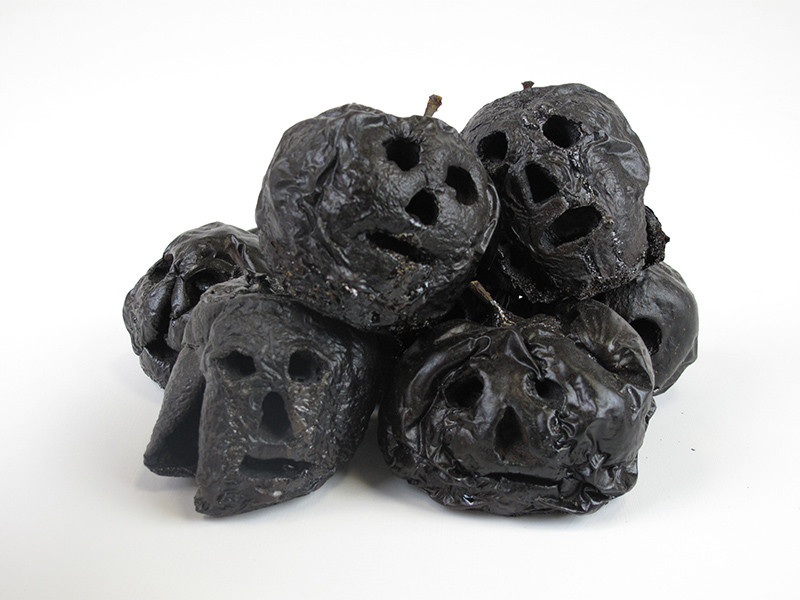 “A finger had poked its way out of the drain-hole in the basin. A human finger. For a moment it froze, as if aware it had been discovered. Then it began to move again, feeling its wormlike way around the pink porcelain.”

ANCIENT & MOdERN presents des hughes’ first exhibition in the gallery since his solo presentation at Frieze art fair in 2010. With new groups of sculptures that include grinning charcoaled apples, traditional cross-stitch and his distinctive cast resin sculptures mimicing their original sources, hughes continues to have at its heart a wry humour often manifest in his use of words in watercolours and now thread, combined with a thorough immersion into the traditional materials of sculpture. A robust sense of imagery recalls classic British horror with a tender acknowledgement of 20th century modernist canon while reimagining a pre-romantic and more medieval moment, whose sombre world view was of the transience of life, the futility of pleasure and the certainty of death.

Des Hughes (b.1970) will have a solo exhibition at hepworth Museum, Wakefield in 2014. he recently curated ‘Everything’s Inevitable‘ from the collections at Manchester Art gallery in association with a major acquisition by the museum. he is currently exhibiting at galerie Buchmann, Berlin and this summer showed in the Artist’s house and gardens of New Art Centre, Salisbury.

Ancient & Modern made a solo booth at Frieze with hughes (2010), and ‘Angry Pins’ were shown in Regents Park the following year. hughes exhibited of aspects his own collections at Nottingham Contemporary in 2010.