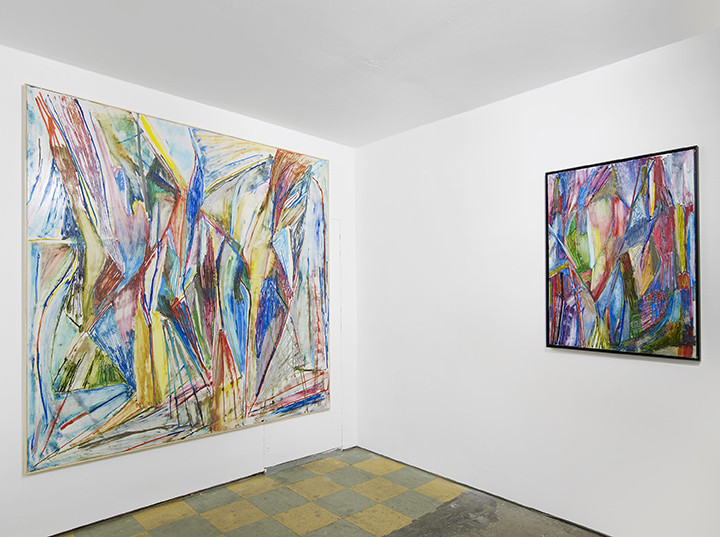 ANCIENT & MODERN presents “doowylloh”, the first exhibition in London by Dusseldorf-based painter Jan Pleitner, alongside drawings from the 1960’s by Lee Lozano (1930-99).
Lozano’s works on paper almost describe still-lives, whose spaces are hewn from a peculiar assemblage of aeroplanes, eyeballs, knives, black-holes and body parts. Her diverse output refuses easy categorisation and indeed she stopped making art from 1971, even extending indefinitely her “Boycott Piece” of that same year in an extraordinary gesture to avoid any conversation with women. In their gesture and palette Jan Pleitner’s paintings recall an earlier 20th century abstraction. His practice has a similar symbolic singularity to it - often the paintings are made during the course of one night and as such the record of a private performance of sorts - and aim to be no less constrained and to embed themselves in the imagination.
Pleitner (b.1984) is a graduate of the Dusseldorf Akademie, where he studied under Tal R and Jorg Immendorf. He had his first museum show at Stadtmuseum Oldenburg, Germany last
year.
www.brucehaines.com