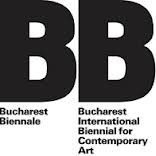 Before taking any action, before feeling, we have to represent the being/object that is the target of the action. The representation of identity only holds the well articulated and superficial forms; objective reality is at the surface of deep reality.
To identify becomes to assume: what one is, what one wants to be or what one imagines one is.

identity_factories deals with identity from the perspective of the anonymous, as a (visible/invisible) character in the work of the submitted artists. The anonymous is nothing else but the artificial stranger seen on a screen. It is that “somebody” which barely exists for us but can be transformed into a confident or an accomplice (Jean Baudrillard).

identity_factories presents the theme of identity as it is seen by the artists presented in an exhibition: an unmediated reality, collated, “prefabricated”. Works which project something from the artist are present, their expression, the objectivation of their sensibility. It – the artwork – is him or her – the artist.

The artist is where his work is, where he can perceive himself above all and this perception can only be performed by appropriating another being, and by the contact with the world. Thus, the artist cannot be himself, his whole identity, only be somehow being the others.

The artist is a creator of art – a “producer”. identity factories because the presentation of artwork to the public only modifies the way in which the viewer perceives the artwork. The two – the artist and the viewer – become parts of an inter-personalization and assimilate each other’s sensations.

Living in a period of art(s) boom or, even more than that, of art(s) products inflation, the very first question one can ask is what is worth being "consumed", depending on everyone's taste and preferences.

What exactly, out of an art product, finally persists in one's mind, long after reading, seeing or listening to it? On the other hand, what makes an art product stand out from an amount of available art products?

The answer depends, of course, on everyone's sensitivity and, after all, preference. There are some aspects, however, which most people seem to consider as valid whenever speaking of an art product lasting into one's mind and heart: that inexplicable and ineffable mixture of sensations within the art object, striking your emotions and even your senses, usually called "atmosphere".

Cinema is a complex mix of narrative, visual and music-like art forms, that is why each one of these components contributes to the achievement of a film as an entity. The problem is what is the maximum one can get from a short (film), taking into account that, in order to be able to grasp the atmosphere, a film requires a certain length. There are, however, short films that manage to introduce you into their most intimate sides. Films whose image is so well fine-cut, that, along with the music, are able to forge an unforgettable piece of art. This is what lasts - the feelings and sensations of a powerful visual universe.

Visual universe - this is the theme under which can be brought together a couple of short films by a young (experimental) Swiss filmmaker, currently living in Austria, Johannes Hammel, and more than just a couple of short films, by an already sacred monster of extended visual arts field - the French Patrick Bokanowski. Films of both Hammel and Bokanowski are quite alike, working with the texture of the image, when speaking of a strong and personal visual universe, although differences are inevitable.

You are thus invited to discover and dive in two visually striking worlds you might never come out from!